IoT Will Have the Most Impact on Businesses 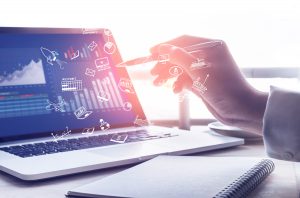 Everyday it seems like new technology is being introduced to the market. And new technologies continue to play a critical role in the evolution of society, which includes the unfortunate upheaval of consumer industries. With these new advancements, consumer expectations are rapidly evolving, industry lines are blurring, and digitally-inspired disruptors are beginning to emerge.

Now, many companies are finding themselves in the midst of a digital transformation as they attempt to stay relevant in today’s ever growing tech world. To better understand how companies are responding to this major shift, Euromonitor International conducted an Industry Insights Survey of 1,1445 professionals around the world. The survey measures where exactly companies are placing their tech bets and how industry players see these initiatives impacting commerce plans in the future.

The top two technologies that most companies named as future investments were cloud technology and the Internet of Things (IoT). In fact, more than half of the survey’s respondents indicated these two technologies as major investments they plan on making within the next five years. Respondents also identified cloud as the most impactful technological investment for businesses in the past 12 months. This is expected to shift in the next five years with IoT moving center stage. Nearly 60% of those surveyed ranked IoT’s impact ahead of both the cloud and artificial intelligence, among other buzzworthy technologies.

This shift toward more internet-enabled products has been nicknamed the “IoT” or Internet of Things. This technology has taken off in recent years as the cost of sensors declined and processing power increased thus making it possible to connect more things, people and devices. In a futurist world, everything in the surrounding environment could communicate without human intervention. While IoT is likely to have far-reaching implications, including smart city applications, its impact on commerce will likely drive generational shifts.

For example, IoT could provide greater visibility across the fulfillment process, enabling retailers to track orders from the moment an order is placed until it reaches the consumer’s doorstep. Durable goods manufacturers could leverage the connectivity to establish long-term relationships with consumers by offering ancillary services like predictive maintenance and performance analytics. The number of connected things also equates to more data from which marketers could gain insight into consumer behavior, leading to more intuitive websites customized to the individual consumer.

In the near term, those surveyed see IoT as having the most impact in terms of improved customer engagements, which would include tailored marketing and personalized recommendations. In five years, though, those surveyed see IoT most impacting the final purchase decision as commerce automation becomes more widespread. The arrival of machine-aided commerce might be the most profound shift ushered in by the IoT era.

One company with a strategy that best illustrates an intent to capture on this shift is Amazon. The world’s largest online retailer enables consumers to order products with the tap of a button through its Amazon Dash service, making the execution of the purchase easier for consumers. The second installment of Amazon Dash introduced Amazon Dash Replenishment Service, which is a platform for manufacturers to incorporate this system into their own products in one of two ways: either a manufacturer builds a physical button into their hardware for shoppers to use when reordering products, or the technology can measure usage of consumables and enable reordering to take place automatically. The latter is more of a passive method.

This is an example of what IoT will do for commerce once it is fully developed and integrated into consumers’ lives. Some commerce sectors, which require continuous replenishment, are likely to become almost entirely automated. Subscription services started to do this by measuring how frequently a family orders specific items from a retailer, based merely on their purchasing history. In the IoT era, consumption could be more accurately measured by the durable goods themselves. This will give way to machine-aided commerce. Out of all the tech-inspired shifts unfolding today, this is the one that industry professionals view as being the most impactful long-term commerce development.