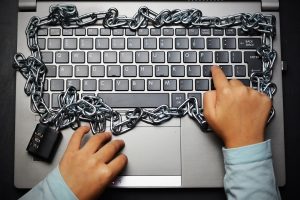 Jan. 6, two major shareholders of Apple published an open letter, “Think Differently About Kids,” urging Apple to improve the parental control features in iOS. JANA Partners, LLC and the California State Teachers’ Retirement System (CalSTRS), which control $2 billion of Apple’s shares combined, expressed concerns over the impact smartphones and social media can have on children. In response, Apple has stated the company is planning “more robust” parental controls for the future.

The two investors say multiple studies show links between overuse of social media and electronic devices with mental health risks, like depression, anxiety, and even risks for suicide. A portion of the letter reads, “we believe there is a clear need for Apple to offer parents more choices and tools to help them ensure that young consumers are using your products in an optimal manner.” Believing the ‘smartphone addiction’ among children to be a new public health crisis, the investors call for Apple to take more responsibility by giving parents easy-to navigate methods of monitoring their kids’ behaviors, rather than outsourcing it onto third-party apps. They even offer the suggestion of creating a committee of child-development experts to study the issue.

Jean Twenge, professor of Psychology and author of the book ‘iGen: Why Today’s Super-Connected Kids Are Growing Up Less Rebellious, More Tolerant, Less Happy – and Completely Unprepared for Adulthood,’ is one of the many authors who contributed in the open letter to Apple in the push for more parental control for mobile devices. She says the rates of clinical-level depression and suicide among teens began to increase in 2010, right around the time smartphones became common among people in that age group. By singling Apple, Twenge says the investors are arguing that in addition to achieving public health benefits, the company also could increase shareholder value by addressing the problem.

However, Apple does currently have easily accessible parental controls included on all their handheld mobile devices. Despite this, in an official statement Apple noted their plans to work on new tools and features to strengthen existing controls. “Apple has always looked out for kids, and we worked hard to create powerful products that inspire, entertain, and educate children while also helping parents protect them online,” reads their statement. “We lead the industry by offering intuitive parental controls built right into the operating system.”

In the meantime, there are a number of actions parents can take to manage their child’s technology experience. Provided are some helpful tips:

Just recently, Mark Zuckerberg, co-founder and CEO of Facebook, made a New Year’s resolution to ‘fix Facebook’. Zuckerberg hinted that the widely popular social media platform would be undergoing several changes in order to maximize the safety and experience for the users. The company will be overhauling its news feed in a way that will more than likely lower engagement and hurt the company’s bottom line. Paired with Apple’s statement to create more robust parental control tools, these may be promising signs that tech companies are beginning to engage with the social problems their inventions have spawned.