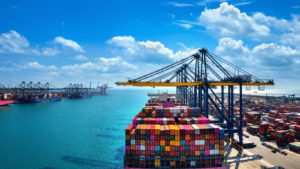 According to E-Scrap News, “Pollution crime is an umbrella term Interpol uses to describe criminal activities involving the trafficking and/or illegal management of potential contaminants, which results in environmental pollution. It includes waste crime, marine pollution crime, fuel, oil and gas smuggling and illegal refineries, illegal use and trade in chemicals and plastic and carbon trading crime, among others.”

The report focused on pollution crime and whether it is a global or localized phenomenon, and if perpetrators are from organized criminal groups or from legitimate companies involved in illegal practices. According to the report, Interpol has been looking at the link between pollution and organized crime since 2006, and continues to research how this type of crime can best be combated by law enforcement agencies.

A prime example of this collaborative crime is a case that took place in Zambia when an “internationally known company” imported 18 containers of near end-of-life equipment labeled “transit goods” on paper, to be sold as second-hand goods. Interpol’s report noted that the country has no recycling or disposition facilities for e-scrap, and the non-working electronics were dumped shortly after import.

According to the report, “the case was lost in court because the equipment did not qualify as waste being intended for reuse. In fact, end-of-life electronic equipment are not considered as waste under local legislation.”

The report also found that while most cases were from European countries, investigations demonstrate that organized crime-pollution is a global phenomenon typically involving a wide variety of perpetrators and organizational structures. The report indicates that the “real face” of pollution crime is “sometimes centralized mafia or gang-style groups, but that the majority of suspects were businessmen and women operating under the cover of a legitimate firm or as a network of individual brokers.”

The press release stated, “The picture that emerges is one where different forms of pollution crime often coexist and blend with legitimate operators. This does not, however, make the crime any less organized, or any less damaging.”