Inflation is Causing a Decline in Recyclables Market 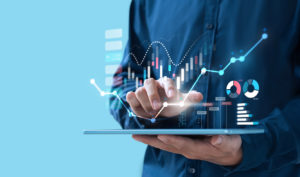 This time last month the national average of post-consumer PET beverage bottles and jars was 26.16 cents per pound, a 30 percent drop from June prices. This month the numbers dropped again by 61 percent, now averaging 10.31 cents per pound. A year ago, PET was traded at 24.72 cents.

A letter from RecyclingMarkets.net to its subscribers cited several factors contributing to the decline including higher fuel costs, fears of recession, an oversupply in the market and end-user summer factory shutdowns. Released earlier this month, the letter encouraged members to research historical data for potential future market changes, and what they could mean. In September 2008, the price of PET dropped from 20.75 cents to 4.13 cents in December of the same year. The letter explained that price trends of recycled materials are typically an indicator of what is around the corner economically.

In addition to PET, the tracking service indicated a drop in a number of other grades as well including mixed paper (down $25), corrugated containers (down $17), steel cans (down $5) and sorted residential papers (down $8).

There were several materials that either saw increasing prices, or a continued steady rate including sorted office papers (PS 37), Grade A film, Grade B film and Grade C film.