How to increase tablet sales 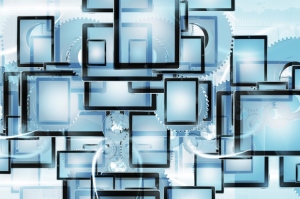 Tablet sales are at a slowing point for the first time since the devices’ release. With the novelty of tablets gone, the industry’s new challenge now is to make them easy to acquire and inexpensive to use.  Continued mobile-optimized app development is also increasing tablet value.

A tablet typically has a longer lifecycle than a smartphone, which means less devices released per year and slower sales. Although tablets have longer life cycles, they are still versatile pieces of technology that bring benefits to many different types of users.

The carriers want tablets in their customers hands so data usage and subscriber growth continues in their fiercely competitive marketplace.  Customers are seeing attractive options for tablets when they upgrade or replace their cell phones.

Additional items on an equipment installment plan expands use of the network and makes the carrier “sticky”, that is: less likely to be replaced, resulting in less churn.

The pressure for greater productivity never ceases. Mobility increases productivity on multiple levels.   For many enterprises this translates to migrating from laptops to tablets where the employee enjoys greater flexibility and communications.  In certain key markets such as health care, science, IT, education and public administration the move to tablets is underway.

Certain tablets such as the Microsoft Surface and the Samsung Yoga ease the transition by having the best of both platforms.

Leasing companies that offer operating leases on IT/telecom equipment are seeing a significant increase in tablet deals.  Unlike the laptop or desktop, a tablet’s life cycle is shorter. A laptop or desktop computer allows a 36-month period, whereas tablet leases trend toward a 24-month term.

Some leases allow a tech refresh at various intervals. The leasing company is betting on a decent market value on the tablets when they are returned at 24 months, so the condition of the returned equipment is critically important to the leasing company and leasing customer.

Tablet sales may be slowing but not to a halt. New approaches can showcase the benefits of tablets in many different settings. With the move to mobile gaining speed, tablet sales should increase soon.

Smartphones and tablets have new competition: The MagicScroll
September 6, 2018