Import Restrictions on the Rise Throughout Southeast Asia 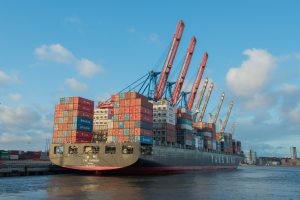 In the recent months following China’s latest restrictions on scrap imports, Southeast Asian countries such as Indonesia, Malaysia, Thailand, and Vietnam are initiating similar policies as officials try to get a handle on the massive influx in shipments and improper use of permits. A recent article from Resource Recycling highlights the difficulties these countries are facing when it comes to scrap imports.

For example, Vietnam customs officials have reported an increasing number of import violations, which has resulted in stricter inspections and fewer import permits. Just last month, major ports in Vietnam announced they would halt all scrap plastic imports for four months beginning in late June, and they will require more paperwork for paper imports in an effort to crack down on misuse of permits.

Officials from these countries have expressed concern about the increase in imports and some have taken steps to restrict those imports. As a whole, the countries have substantially increased the volume of scrap paper and plastic they import since China slowed its imports this year, In some cases, the countries have doubled or tripled their scrap imports in recent months.

During the first three months of 2018, Indonesian scrap paper imports from the U.S. soared more than 300 percent compared to the previous year. Following this, Indonesia began inspecting 100 percent of scrap paper and plastic imports in early April according to Ranjit Singh Baxi, president of The Bureau of International Recycling (BIR).

Steve Wong, executive president of the China Scrap Plastics Association and also serves as chairman of Hong Kong plastics recycling company Fukutomi, told Resource Recycling that Indonesia has historically had strict import license policies, and that it generally takes at least a year for a company to get licensed for import into the country.

Concerns over the potential for imports to increase significantly were at the forefront of an April meeting between Indonesian government officials, plastics recycling companies and other stakeholders. The meeting was related to an increase in permit requests and import volume increases, according to an online translation of an article released by Indonesian news outlet Gatra. Stakeholders, including the Indonesia Plastics Recycling Association and the Indonesian Plastics Industry Association, described developed countries looking for alternatives to sending material to China. They warned that an increase in imports could stymie efforts to advance local recyclables collection.

Meanwhile, concerns for Malaysia have been reported since the beginning of 2018. Alerts from shipping lines to their customers provide a picture of the effects of a mass influx of recyclables.

Back on May 23, the country briefly halted issuing scrap plastic import permits, but has since begun again. Malaysia’s National Solid Waste Management Department (NSWMD) confirmed the scrap import policies remain officially unchanged, although there is a process underway that looks to revise the policies regarding the importation of plastics. However, for now, the current import permit application process is running status quo and any application that can meet the criteria may be permitted.

However, the biggest country of concern as of late has been Thailand. Imported plastic has become a focus of grave concern for local authorities. The country’s national police has announced that as many as 35 countries have sent “poor grad, non-recyclable plastic waste” to Thailand. After a recent bust on imported scrap electronics, the inspectors were looking for further e-scrap import violations but instead came across the imported plastic. Inspectors seized 58 metric tons of plastic during the inspection.

Many local environmental advocates are calling for a complete ban on recovered plastic imports in favor of bolstered domestic collection. “This country does not have the capacity to examine all the plastic waste that is imported, thus it would be more realistic to stop all of these imports,” Tara Buakamsri, Thailand country director for Greenpeace Southeast Asia comments to the Bangkok Post.

With China trying to get control over scrap imports, the surrounding countries’ ports are being flooded with volume they have never experienced before, leaving them underwhelming prepared to take scrap on. Also adding complications is the permit sharing. Wong estimated that all of the Southeast Asian countries have similar licensing problems, but that it does not become clear until the shipment arrives at the port. Once it does, it just sits until someone happens to stumble upon it.

When shipments are finally cleared, for example with the use of legitimate import permits, the license holder gets hit with massive demurrage charges. Shipping lines, looking to avoid these problems, are requiring customers to sign letters of indemnity and put down deposits for shipments. And in some cases, they won’t accept scrap material anymore.