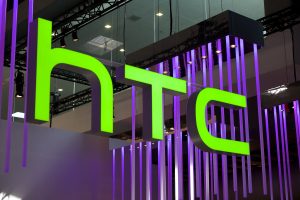 Blockchain is one of the biggest topics in technology at the moment. In fact, it is making headlines around the world with its potentially game-changing applications as well as frequent valuing fluctuations. And it seems that Taiwanese consumer electronics company, HTC has decided to jump on the blockchain bandwagon, announcing the Exodus – what the tech giant calls the first major blockchain-powered smartphone.

This could be just what the Taiwanese firm needs to get back into the smartphone market. Within the past recent months, the company has been bogged down by recent job cuts, device shipments dwindling across the world and its most recent U12 flagship receiving somewhat mixed reviews.

HTC says they are looking to “make decentralization a reality,” expanding the blockchain ecosystem through a connected network of mobile devices – so could the HTC Exodus be the start of a new generation? We can’t know for sure just yet, but here is what we do know about the new handset.

So far, HTC has only said that the Exodus will launch sometime during the third quarter, which means that any time between now to the end of September. However, given that many handset manufacturers often launch new mobile products in September, it would be in HTC’s best interest to launch the phone now rather than later. And while no price has been listed for the phone either, it’s pretty safe to guess that the device would be “comparable” to the $1000 Finney blockchain powered phone released by Sirin Labs last year.

But how will a blockchain phone work? While the technology is wildly popular at the moment, it does not seem like a very ideal fit for smartphones at first glance as high-stakes trading and cryptocurrency mining often requires hugely powerful hardware.

HTC is looking to start something completely new with the Exodus, claiming that the device is the launchpad for its new native blockchain network ecosystem, with the individual Exodus devices acting as nodes for trading amongst users. For those all-important trades, the device will include a cold storage wallet that will support all major cryptocurrencies, including the likes of Bitcoin and Ethereum, as well as decentralized apps. The cold storage hardware is important as it means that the Exodus will be able to store the user’s cryptocurrency offline, often on a separate web server or other hardware, adding an extra layer of security

Lastly, it’s also worth noting that Exodus is already the name of a well-known online cryptocurrency wallet service, offering an “all-in-one wallet to secure, manage and exchange blockchain assets” – which could well be the backbone of HTC’s new approach.

Additionally, HTC has already said that the device will run Android software, meaning that all Google’s usual familiar services will be present and correct.

And despite HTC may claim, the Exodus is not the world’s first blockchain phone. That title belongs to the little-know Finney phone, which was revealed earlier this year. Created by Sirin Labs, the $1,000 device allowed users to store and spend digital currencies without incurring transaction fees.

Overall though, there are still a lot of questions to be answered and only time will tell if the HTC Exodus will be the game-changing device that the company claims it to be.