How to Protect Yourself from Cryptomining 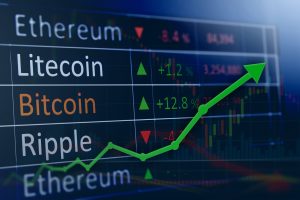 Last year, rumors about popular, but suspicious, torrent site The Pirate Bay (TPB) began to circulate. The word on the web was that TPB had embedded cryptocurrency mining software on its site, stirring up widespread controversy. Now, we know that TPB was doing exactly as the rumor suggested – which was exploiting its visitors by hijacking CPUs and processors to do the bookkeeping of cryptocurrency networks like those of Bitcoin and Ethereum.

And if we’re being honest, we all had a feeling that TPB was a rather shady practice. Although, in its defense, all the organization had to say was that they were simple “trying to earn revenues to make up for its gradual elimination of advertisements. And yeah, it’s a pretty clever way to make money from the swaths of TPB users sporting ad-blocking extensions, but it’s still a very concerning issue.

Not to mention, that is sounds pretty illegal doesn’t it? Well, unfortunately, ‘borrowing’ someone else’s computer to do your bidding is a legal gray area. Malicious or not, a website that cryptomines without your consent is worrying to the point that you’d probably look to steer clear of such sites, or take necessary measures to protect your computer.

Therefore, we’re providing some methods you can take to help protect yourself from cryptomining that may be happening on your CPUs without your knowledge.

We suggest to use an extension. Using third-party applications can help defend against cryptocurrency hijacking. Free-to-use apps like No Coin and MinerBlock, will provide users with the ability to blacklist and whitelist specific sites while giving users the option to thwart all cryptomining attempts as they’re intercepted by the app’s software. Alternatively, you can get to the root of the problem by installing a Javascript-blocking extension like ScriptSafe, although we will warn you that this app may also obstruct whatever the user is trying to accomplish on that website to begin with – So while it does a good job blocking unwanted cyber activity, it may go too far with how much the algorithm chooses to block.

No Coin is a lightweight client that automatically starts doing its job upon arrival. Once the app has been installed, the software begins to blacklist any and all cryptomining endeavors that it finds. Once this is completed, users are given the option to whitelist all sites for either: one minute, thirty minutes, or permanently. However, users can also pause No Coin as well.

On the other hand, MinerBlock is a much more versatile app. Using this app, users can know just how many entities are trying to use their computers to mine for virtual currency at any given time. And like No Coin, users have the ability to blacklist or whitelist any sites as they would like to. However, MinerBlock provides more depth to this feature by including a settings button for manually whitelisting sites by their domains and filtering out specific paths to that domain. Likewise, you can toggle the block count on or off to fit preferences.

Another way to prevent cyrptomining on your devices is the use of antivirus protection. Now this sounds pretty obvious, but it has to be said. Even though it sounds rather intuitive, many computer owners don’t believe any type of cyber threat will happen to them, therefore they do not need any protection. While in some way, there it is built into our hardware, that alone is not sufficient enough to protect your device. We suggest downloading and paying for malicious software protection like BitDefender, Kaspersky or any combination of the multiple free antivirus solutions out there.

By doing so, you’ve taken the first step towards eliminating any chance of cryptominers trying to remotely hot-wire your computer and take it for a spin. To determine whether your case is bad enough to justify going through the effort of configuring antivirus software, open Task Manager if you’re on a Windows PC, or Activity Monitor if you’re on a Mac. Should your system be experiencing heavy loads nearing 100%, something is probably up. Close the application that’s doing the most damage, then open your antivirus program of choice and run a basic scan. If a suspicious file or program is found to be hindering your system, remove it immediately. If it’s a program, it may even be a good idea to use a total uninstaller like Revo to rid your system of every last trace.

Some of you all may be interested in learning more about crpyomining but don’t quite yet have a firm grasp on exactly what Bitcoin is, despite the widespread news coverage on the cryptocurrency. If you would like to know exactly what bitcoin, check out the graphic HOBI has provided below! We spell out all that you need to know in layman’s terms. 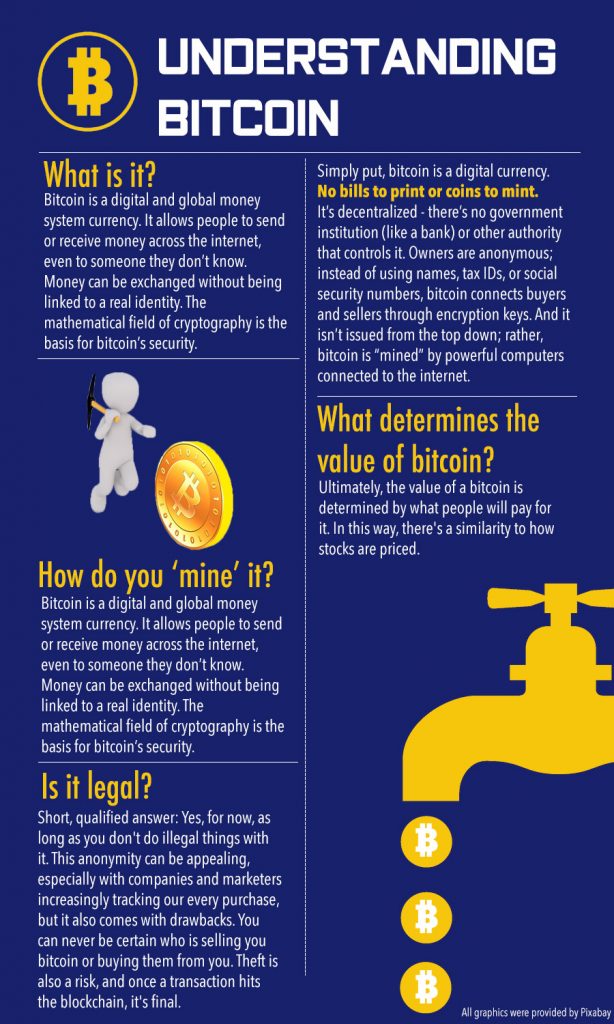