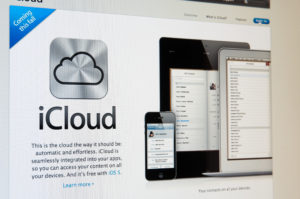 Last week, a group of hackers self-identified as the “Turkish Crime Family” came forward claiming they have accessed 250 million iCloud passwords. The group of hackers demanded ransom from Apple, with the threat of remotely wiping the iCloud accounts respective iPhones, iPads and MacBooks if Apple does not pay by April 8.

Apple issued a statement to CNet indicating iCloud has not been hacked, but the information came from compromised third-party services. While the Turkish Crime Family’s threats may not come to fruition, changing iCloud account passwords could prevent potential data compromisation.

Many users utilize the same username and passwords for accounts on multiple websites and apps. While this is the most convenient approach, it also can lead to data being stolen from multiple platforms if one account is compromised.

If an iCloud user fears his or her password has been compromised, the first and easiest step is to change the password on the account and any other accounts using the same password. The new password should contain capital letters, numbers and special figures in a combination dissimilar to the old password to prevent any future breaches.

The second way to ramp up iCloud account security is implementing two-factor authentication. This feature allows users to designate a device, and have a specific code sent to that device each time a new login is attempted on an iCloud account. After users get the notification that a new login has been attempted, they have the option to “allow” or “don’t allow” the login.

Regularly changing passwords and using two-factor authentication is always a good idea, with or without potential hacking threats. In addition to these approaches, paranoid iCloud users can backup any valuable files and information to storage devices for safe keeping.