How to Power Your Home with Green Energy 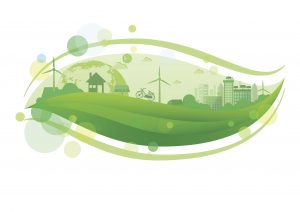 With Earth Day still on our minds and hopefully still influencing our daily habits and purchases, you may be thinking of other ways that you can go green and help the planet. And we’re here to tell you that one of the best ways to do so is to look into incorporating renewable energy into your home. Currently, we are on the cusp of adopting clean energy at a scale never seen before. But for renewable power to continue its rapid advancement the right decisions need to be taken and that begins with deciding which renewable energy source is compatible with your lifestyle. 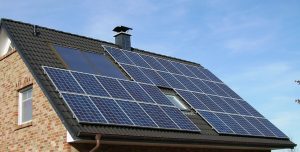 (Solar panels installed on the roof of a house. Image provided by Pixabay)

This is probably the most common and obvious method to transitioning to green energy at home. Back in Oct 2015, Business Insider previously reported that by 2016, one million US homes would have solar panels installed. Needless to say, this amount has probably gone well beyond one million, especially when you you factor in the current trend of green energy.

Solar panels typically go on the roof of your house, as this is the best position for them to catch the sun’s rays, however the can also be installed in your yard. Depending on your latitude and the orientation of the panels, you could generate 10 or more watts per square foot. A typical house consumes at least a kilowatt of power, so a few square feet of solar panels should be enough to power most or even all of your needs.

It’s definitely something to consider if your current roof is nearing the end of its life. Or, you could invest in solar shingles, which take the place of your roof tiles. But of course while solar panels and shingles can do so much good, there are a few weaknesses. One of them being that they only work when the sun is up. If you want to power your home after the sun has gone down – which we’re willing to bet you will – you’ll need to pay for grid electricity or invest in a second type of renewable energy. 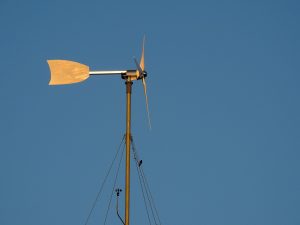 Wind Turbines
Another commonly used source of renewable energy are wind turbines. Typically, you’ll find these in wind farms or floating offshore, but if you have the real estate to handle the equipment, you can install a small wind turbine on your property to power your home.

However there are a few downsides to using wind turbines, which cause them to be less popular in residential areas when compared to solar panels. For one, they can take up a lot of space, even with the smallest models, and depending on where you live, local laws and zoning regulations may forbid the use of one. Secondly, they’re known to be pretty noisy.

But if these regulations don’t apply to you or if the some background noise isn’t too bothersome to you, wind power may be a great fit. It is actually more stable than solar (since solar is really only effective when the sun is out and shining) and with a decently-sized turbine, you can easily generate most, if not all, of your electricity needs. 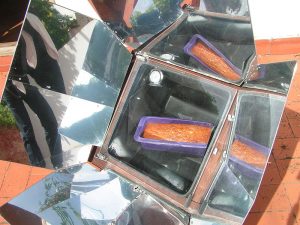 (Baking a cake inside a solar oven. Image provided by Wikimedia Commons)

Yes, solar ovens are really a thing, and aren’t just a fun experiment out of Bill Nye the Science Guy videos or projects for school science fairs. And it just so happens to be a great way to dip your foot into the green realm of renewables if you aren’t ready to power your entire life with renewable energy. However, we must warn you that it is a big project to take on.

Traditional ovens can use a considerable amount of energy. Just think of Thanksgiving day, where most people celebrate by cooking gigantic turkeys for hours on end. Tons of energy can be consumed by cooking this one dish. In comparison, solar ovens work by trapping sunlight to heat food. Which basically means you get to cook food for free! However, there are a few issues with heating food in a timely manner and getting food to a certain temperature, which should be considered.

If interested, you can look into buying a solar oven or building your own out of a few common materials! Whichever you choose, at least you’ll never have a cold meal due to lack of power! 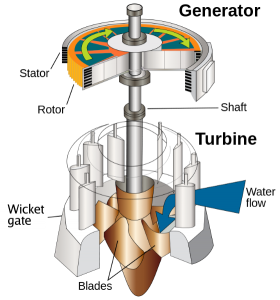 This can be a tricky source of renewable energy for most people, but if your property contains a source of flowing water, you’re just in luck. By diverting some water from a stream or river to flow through a turbine, you can power your home with green energy.

There are quite a few ways about establishing a hydro turbine on your property, but the basics required are: finding the largest vertical distance the water will travel and then using equipment to divert the water so that it flows through a turbine in a tightly controlled manner.

Depending on the amount of water and vertical distance, you can produce a pretty substantial amount of power this way.

A disadvantage to this method is that you’ll more than likely need a professional to come out and install the hydro turbine, which can be pretty costly. However, if you do opt for this method of energy, you’ll be surprised by how much power can be generated. Unlike solar and wind, hydro is very a very stable and continuous source of energy, which means that you’ll always get the same input no matter what.

This is a pretty uncommon fact, but solar power doesn’t translate to just generating electricity. It can also be used to heat your home.

Deriving from the power of the sun’s rays, solar water heaters can heat a reserve of water, which can then be pumped through radiators or out of faucets and shower heads. This system is much cheaper than using gas or electricity to heat your water, and is easier to install than solar panels. And the good news is that there are various types of solar water heaters, so you’re able to find the system that works for you. 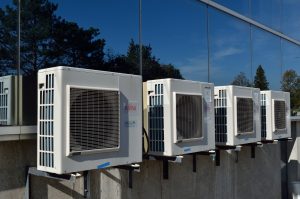 Air conditioning uses more electricity than almost anything else in your home. Air conditioning can cost you a substantial amount of money every year, especially if you have central air and you live in a hot climate. Using hot water to cool your home can save you money and help the environment.

As a bonus, the hot water produced for air conditioning can also be used for other applications in your home. Depending on your setup, you can get the benefits of solar water heating with bonus air conditioning as well. 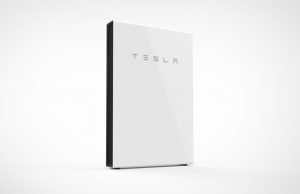 Technically, Tesla’s Powerwall is not a renewable source of energy, however it works extremely well with any home renewable generator and can even save you money without the need for any other sort of green energy.

Essentially, the Powerwall is a large rechargeable battery that can store several kilowatt-hours of electricity. On its own, it can be programmed to change itself from the grid when electricity prices are low, and discharge when prices are high, in order to help homeowners save money during peak electricity hours.

However, the Powerwall is the most efficient when paired with a different source of renewable energy generator like solar or wind power, despite being able to be used independently. When paired with these renewables, the Powerwall can store excess electricity that you don’t use right away, so that you can always use renewable energy even when the sun is down or the wind’s not blowing.

The Powerwall can smooth out fluctuations in your renewable energy generation, eliminating one of the main disadvantages of renewable energy. Plus, thanks to upcoming legislation you may be able to receive a tax credit for connecting your Powerwall to the grid.