How to Make Your Apple and Android Devices Work Together 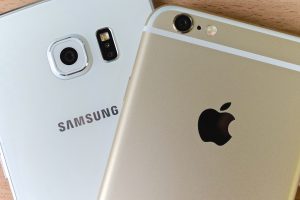 Even if you love Android, you can’t completely ignore iOS – and vice versa. But when the two operating systems don’t seem all that compatible, we understand why you would think that you have to stick with one or the other – but you don’t have to restrict yourself to one or the other. Both Android and iOS devices fall under the same category of mobile devices, however, at first glance this seems to be the only common trait they share. Android and iOS devices not only require different apps, they also offer different features and often work best with different brands of computers and smart hardware. All of this can make it difficult to use both mobile operating systems together, however even though these two operating systems may be tricky to handle together, there are some steps you can take to make them play nice with each other.

Below are seven tips to help your Android and iOS devices communicate with one another, so that you can live the best of both worlds!