How the IoT is keeping us safe 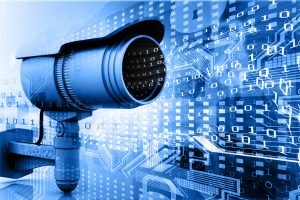 Preventing bad things from happening, whether intentional or not, is a top priority for most people. In fact, it is one of the few shared goals that we have. Thankfully, we can rely on the Internet of Things (IoT) to help us add to our overall safety.

The IoT may sound like a recent technology, however public buildings and private businesses have been using IoT for years. For example, cameras have been used to feed video to monitors, or to record anything that passes within their field of vision. today, smart cameras are used to monitor and recognize people and objects as they enter, exit or simply move throughout buildings. No longer will we have days where cameras feed continuous streams of images to a guard who is charged with viewing six or more screens at a time in order to somehow spot a potential threat. Instead, smart cameras or IoT devices that are equipped with technology, like Movidius technology, can recognize faces and objects.

Each camera can monitor and broadly recognize people and things that are passing beneath it. If something that is outside of normal parameters is detected, a guard who used to monitor endless streams of video can now be signaled, the video with the “suspicious” images can be quickly shared and assessed, and the potential threat addressed. This is possible due to field programmable gate arrays (FPGAs), which are specialized chips that run extremely rapidly and can be reprogrammed to switch from one task to another.

And at predefined intervals, or when the device’s memory is nearing capacity, the camera can then transmit video clips of all “suspicious” events to the cloud or other processing center for additional review and long-term storage.

And IoT and building security goes beyond the smart camera. Other IoT devices—microphones, Infrared sensors and smoke detectors, to name a few—add to the ability to detect potential issues.

Airport security is perhaps one of the most challenging security tasks we have today. On any given day, an average airport sees tens of thousands of people entering and exiting from dozens of doors. In large international airports, these numbers are even greater. In addition to guards stationed at nearly every entry and exit point, smart cameras with computer vision are also in use.

With the use of biometric and face scanning technology, future systems will be able to recognize “safe” or “approved” faces of people who have already passed screening or have taken affirmative steps to be included in an “approved” facial recognition file. This would be an ideal system for pilots, flight crews and previously cleared airport employees. Smart cameras will be able to identify these people, providing them access into the terminals, and reducing the number of people screened by security agents.

Smart cameras and other access devices can also be placed at gates, and at access doors that lead into other, secure areas of the airport that employees and vendors pass through. This added level of security may prevent unauthorized employees from entering a cockpit and tampering with airplane components.

Identification—driver’s licenses, official identification cards, passports—will continue to be screened by security agents, but the manual screenings may be replaced by the scanning of identification materials using smart cameras connected to the internet. The cameras will have extremely high resolution and will be able to detect flaws or other issues on the documents that may suggest that they have been altered. Text and facial recognition may also make it possible to check a no-fly or criminal database while the document is being scanned. In some cases, faces may be matched to names, in order to verify that the person presenting the document is the same person named on the document.

Computer vision will also be used to monitor traffic. Because smartly placed cameras are sending large amounts of data, and because real-time decisions must be made to maintain optimal traffic flow, high-performance processors and highly optimized artificial intelligence (AI) applications that act on data generated by IoT devices are necessary.

When autonomous vehicles are connected to the traffic system, alerts, routing information, and instructions between cars and traffic systems will be generated. Systems, both on the cars and in the traffic control infrastructure, will handle the gigabytes of data generated. IoT devices in the cars—devices that control car functions, in addition to sensors that monitor hundreds of data inputs—will be used for generating data necessary to operate the vehicle, as well as providing speed, navigation and other controls.

Yet IoT in cities extends beyond traffic control. Microphones, smoke detectors, altimeters and other devices, in addition to smart cameras, can continuously monitor streets, alleys and other areas, and intelligently detect events that may indicate problems. A microphone connected to a smart system would be able to detect and identify the sounds of a car accident or people shouting. Processing on multiple microphones, located near to one another, would be able to pinpoint the source of the sound and notify available smart cameras in the area to focus on the area of interest.

While it’s safe to assume that “bad things” will still happen, with ever-improving IoT devices, many more bad things than before will be detected before they occur and responded to much more rapidly than is possible today.