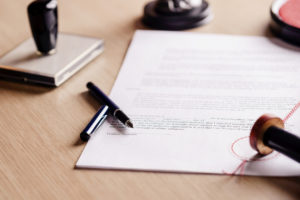 The America COMPETES Act was passed by the U.S. House of Representatives on Feb. 4 with intentions of boosting U.S. competitiveness with China. The America Creating Opportunities for Manufacturing, Pre-Eminence in Technology, and Economic Strength Act of 2022 (America COMPETES Act) was proposed on grounds of security, stating, “it is in the national security interests of the United States to ensure that the export of electronic waste does not become the source of counterfeit goods that may reenter electronics supply chains in the United States.” The bill also cites environmental and human health damage that can result from mismanaged e-scrap exports to other countries, however, many in the e-scrap industry are calling for an opposition to certain aspects of the bill.

While the America COMPETES Act demonstrates positive intentions as a whole, section 30612 of the bill would restrict the export of used electronics from the United States in order to prevent counterfeit electronics from reentering supply chains. The problem is used electronics that can be dismantled for counterfeit chips would still be easily available in China, the world’s current largest generator of e-waste. The America COMPETES Act closely resembles that of the Secure E-Waste Export and Recycling Act (SEERA), a bill introduced and failed five times since 2015 to move past the introduction stage. As an alternative, those in the industry encourage the consideration of a bill passed last year by the Senate. While section 30612 of the America COMPETES Act would restrict e-scrap exportation, the U.S. Innovation and Competition Act S1260 suggests establishing secure supply chains.

Restricting the exportation of e-scrap prevents used electronics from shipping to other countries for reuse, which will result in more electronics being sent to landfills. This will only increase potential contamination and lead to health problems for surrounding residents. Establishing secure supply chains and testing chips before putting them into products would prevent the undermining of sustainable electronics manufacturing and recycling, and protect sensitive military electronic devices from counterfeit components.