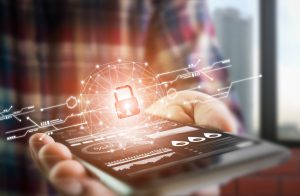 Jan. 3, researchers reported two security flaws, dubbed Meltdown and Spectre, that allow processor exploits to steal passwords and other sensitive user data from almost any device made in the past 20 years. The two CPU security threats affect chips from Intel, ARM and AMD – which translate to mean that they put virtually all smartphones and computers at risk. Companies like Microsoft and Apple have released patches to fix the vulnerabilities. However, while Meltdown can easily be corrected with a patch, Spectre will cause long-term issues that may involve new processors for a complete fix.

What You Need to Know to Prepare for the GDPR

Beginning March 25, 2018, the General Data Protection Regulation (GDPR) will be applied to all EU member states. The regulation will require businesses to protect the personal data and privacy of EU citizens for transactions that occur within EU member states. It will introduce fines for non-compliance and breaches, and will give people more say over what companies can do with their data. Provided is the information needed to get a better understanding of what the GDPR encompasses and what it will mean for businesses in the coming years.

A new year typically means new changes and practices. For enterprises, a new year can also mean a review of their applications and operations. One important aspect that should be factored into all enterprises is an efficient asset management system and software, which will maximize assets in order to provide the best returns possible for stakeholders while saving the company time, money and effort. Provided are six key aspects to consider when deciding on an asset management software.

Blockchain technology is quickly becoming the digital leader in security. Offering a totally different approach to storing information than traditional methods, blockchain has revolutionized how enterprises not only store information but how they make transactions, perform functions, and establish trust as well. In fact for more than eight years blockchain has successfully withstood cyberattacks, prompting companies across industries to bet on blockchain for their pressing security issues.

Start the Year with an ITAD Plan
January 4, 2023
Leave Comment