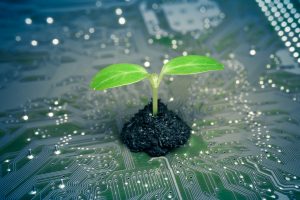 Provided is a weekly snapshot of the recent waste import, technology and data security news that HOBI’s blog reported on during the week 7/23-7/27.

China expands import ban to include all materials

The Chinese government has announced that the import ban will now include all waste materials. Just as many industry discussions have been speculating, China seems well on its way to implementing a full import ban, at least when it comes to waste management And what has prompted China to do this? Well, for the past two decades, the recyclables in China have been building up. Imported from all around the world, this waste stream has a high rate of contamination — from minor impurities to full-on hazardous waste. The toxins from these materials were being released into the environment during the recycling process, and contaminated waste was being dumped into rivers, which has prompted China to take a stand and put an end to being labeled the ‘dumping ground’ for the world’s waste.

Manufacturing electronic components is as easy as printing a newspaper

Researchers at Purdue University are looking into a method where electronic components can be created just as easily as a newspaper can be printed. This fabrication technique is called ‘roll-to-roll laser-induced superplasticity,’ and the method uses a rolling stamp like the ones used to print newspapers at high speed to make ultrafast electronic devices. One researcher on the team at Purdue comments, “printing tiny metal components like newspapers makes them much smoother. This allows for an electric current to travel better with less risk of overheating.”

These days, getting connected is probably at the forefront of everyone’s mind. With the Internet of Things (IoT) booming, we’re seeing IoT connections being taken to the next level. But just how can we get our everyday and seemingly non-tech related items like furniture and office supplies connected to the internet? A team of researchers from Purdue University and the University of Virginia may have just the answer for you. The researchers have been developed a new fabrication method that makes tiny, thin-film electronic circuits peelable from just about any surface. Eventually, the researchers hope these high-tech stickers could also facilitating wireless communication.

Need to replace your flash drive? Don’t just erase it, encrypt it

When you’re looking to dispose of old electronic devices, recycling them is the best course of action to take, however there are a few checkboxes you will want to complete before doing so. The first is to make sure that the device you are looking to get rid of no longer contains your personal information. For instance, when it’s time to donate or ditch an old flash-memory drive that once stored sensitive information, simply deleting your old files won’t cut it. As strange as it may sound, the safest way to wipe the slate clean is to actually encrypt the device, which is much easier than it sounds.