Provided is a weekly snapshot of the recent mobile, electronic plastic and IoT related news that HOBI’s blog reported during the week 9/24-9/28. 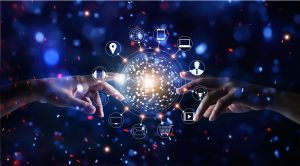 Four versions of the Samsung Galaxy S10 have “leaked”

In an intentional “leak” by Samsung, specs for four versions of the company’s upcoming Galaxy S10 device have been revealed. Based on the benchmark testing that was revealed, the anniversary model will introduce some serious impressive features, like a triple rear camera, ultrasonic in-display reader, fast updates and a proper rival to Apple’s FaceID. The handset is expected to be unveiled as early as January during the CES 2019 trade show in Las Vegas. And from the looks of it, there will be something for everyone when the phones are released in the first quarter.

While mobile technology may be more convenient than ever, dealing with the aftermath of these devices is anything but. When electronic processors are dealing with lithium-ion batteries, the volatile nature of these devices means that processors have to face the reality of potential thermal events. In an effort to help minimize this risk, the IFC proposed a new fire code. However during an interview with E-Scrap News, Craig Boswell, HOBI’s president, points out a few reasons why this new amendment may not actually be entirely helpful.

With the European Union (EU) working on a new regulation that would severely limit the amount of decaBDE, a flame retardant material commonly used in electronic plastics, the end for e-plastics may be near. The regulation proposes setting a limit of 10 parts per million of decaBDE in products, with exceptions for aircraft, automobiles and electronics, but does not include a recycling exemption. An industry expert points out that producing recycling plastics containing less than 10 mg/kg of decaBDE is not technically feasible at industrial scale.

Connected devices are becoming more ubiquitous each day. From smart appliances in our homes to the wearable smart watches on our wrists, the IoT has fully integrated into our daily life activities. However, a poll conducted by Metova revealed that 70 percent of consumers already own at least one IoT device and yet only one in five said they were aware of what the the term ‘IoT’ means. The survey also revealed that 50 percent of consumers polled expressed moderate to high concerns about privacy issues associated with IoT devices after learning of the device’s connected capabilities.