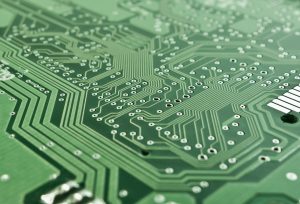 Provided is a weekly snapshot of the recent technology and mobile related news that HOBI’s blog reported on during the week 9/10-9/14.

The 5G race is picking up heat: Here’s a look at the major players

The finish line may be in sight for some competitors in the race to deploy 5G technology. Last week, it was reported that China could potentially see two of the country’s major telecommunications companies merge – which could potentially make China’s position in the 5G race surge forward and possibly lead the global industry. Following closely behind are China, South Korea and the U.S., respectively. Provided is a list of the top eight major countries stack up against each other in the race to 5G.

There are times when we don’t want to part with our familiar smartphones even newer models are on the market. In fact, recent reports show that consumers are opting to not only hang on to their older model handsets for longer periods of time, but they are also looking to replace these phones with the same model handset, which they purchase used or refurbished. This is because older smartphones tend to stay relevant and functional for so much longer than other devices and will typically have about three to four owners before they are finally disposed of.

It’s hard to find anything these days that isn’t somehow connected to the internet. And the market for these IoT connected devices is booming! Current and future growth of the world’s IoT market is due to a wide range of important factors. Among the most significant factors that positively influence the industry’s development are the rapid rise in popularity and adoption of cloud platforms, technological progress and many others.

Apple Keynote 2018: Here’s what was revealed at the event

Apple’s annual keynote event on Wednesday unveiled the new tech gadgets that the company plans on releasing before the holiday shopping season. Apple led the event with the Apple Watch Series 4, an impressive new version of its smartwatch with larger displays, tweaked designs and an ECG function for better than ever health monitoring. It followed that with a trio of new phones: the iPhone XS, XS Max, and XR. Here’s everything you need to know about the new gadgets.