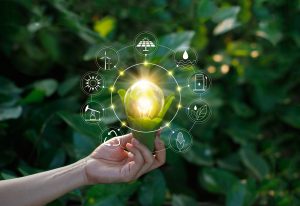 Provided is a weekly snapshot of the recent logistics, electronic waste and technology news that HOBI’s blog reported on during the week 9/03-9/07.

The freight industry is currently experiencing the “perfect storm,” thanks to a combination of rising logistics charges, a severe lack of drivers and the unenthusiastic reaction to last year’s Electronic Logging Device (ELD) mandate. And unfortunately there is not a simple solution in sight. By far the biggest issue the industry is facing is the shortage of drivers. For the past few years, there has been a massive decline in the amount of new drivers, which the trucking market heavily relies on. Experts say the availability of drivers will be a slow improvement and until the rate of drivers increases, the reverse logistics, including the recycling industry, can expect to see rising freight charges for the foreseeable future.

According to a study by Grand View Research Inc. the global e-waste market is expected to reach 63.705 million metric tons by the end of 2025. A majority of this growth can be attributed to the widespread use of electronic devices throughout the world. It goes without saying that the more technology we use, the more e-waste we produce. This has caused proper disposal of e-scrap to become a key concern for economies all over due to health hazards associated with e-scrap landfill and incineration. However, high costs associated with e-waste recycling are expected to hinder the market growth.

Smartphones and tablets have new competition: The MagicScroll

The era of smartphones and tablets dominating the market may be over. Research scientists at Queen’s University Human Media Lab have created a new device called the MagicScroll, which is modeled after ancient paper scrolls, so it takes a rolled-up cylindrical form. Though they admit their prototype is still rather large at this stage. While still bulky at this R&D stage, the team argues the cylindrical, flexible screen form factor of their prototype offers advantages by being lightweight and easier to hold with one hand than a traditional tablet device, such as an iPad. And when rolled up they point out it can also fit in a pocket (albeit a rather big pocket). Even though the device is still in the prototype stage and it isn’t up to par with the iPhone X just yet, it sure seems like it’s shaping up to be something impressive.