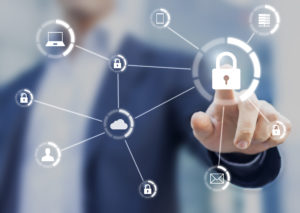 Provided is a weekly snapshot of the recent tech, IoT, and data security news that HOBI’s blog reported on during the week 8/27-8/31.

Craig Boswell, HOBI’s president, discusses how a proposed international fire code could effect electronic recyclers. Earlier this year, the International Code Council (ICC) tried to pass amendment F18-18, a fire code that addresses storage of new or off-specification li-ion batteries. However, the amendment failed to pass and will be re-addressed at the ICC’s public comment hearing in Richmond, Virginia, scheduled for Oct. 24-31. The proposed amendment imposes severe restrictions on how many “used and off-specification batteries” can be stored in a single indoor space. If the amendment is passed, these restrictions would make the servicing, repairing, and transportation of li-ion batteries extremely expensive, if not impossible.

2018 IoT trends affected by the GDPR

The Internet of Things (IoT) is one of the most significant technological revolutions of our lifetimes. It has the potential to transform almost every aspect of our lives and is also growing annually by 19.92 percent. In fact, the IoT market is projected to be valued at $8.9 trillion by 2020. However, while the IoT is gaining more traction than ever before, there is a complicating factor that IoT developers should be aware of – the General Data Protection Regulation (GDPR). The IoT is undergoing tremendous changes in 2018. It will have a huge impact on the GDPR and smart devices around the world. The future of this new technology is still unwritten, but it will be fascinating to see how it unfolds.

Lithium-ion batteries may just be a step closer to becoming fireproof. Researchers have come up with a new solution: a liquid electrolyte that becomes solid on impact, which could keep batteries from heating up and creating thermal events when they take a hard fall or are being extracted out of a device. On top of being fireproof, the new technology is not only cost-effective  but could easily be employed in today’s battery production lines. If testing continues to show good results, the solution could be just what ITAD processors need to safely handle this volatile material.

Typically after you send an email, it’s pretty much out of your hands. But Gmail’s new Confidential Mode tries to give you a bit of that control back by offering message expiration dates and making it trickier for emails to be forwarded on or seen by others. Confidential Mode gives you tight control over the emails you send. You can set emails to expire after a set amount of time, similar to a Snapchat message, or take away someone’s access to a confidential email at any time. The recipient won’t be able to forward, copy, print or download a confidential message, but Google points out they can still take screenshots.