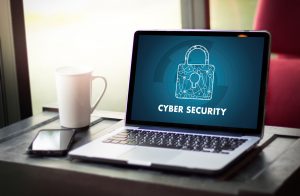 Provided is a weekly snapshot of the recent data security, mobile and technology news that HOBI’s blog reported on during the week 8/20-8/24.

Intel discloses new vulnerabilities: Here’s what you need to know

A quarter of data breaches are caused by human error alone

Apparently, hackers are no match for human error. A new study conducted by Ponemon Institute found that a quarter of all U.S. data breaches were attributed to negligence. The study also reports that negligent breaches are about half as frequent as criminal breaches. Often, negligence or a lack of appropriate processes, policies and procedures or the application of these is what results in a data breach. That said, while some cyber risks are outside of our control, human error is not. Organizations can reduce the risk of suffering a data breach by having processes in place to mitigate the risk of human error.

How smartphones-as-laptops could change network requirements

With BYOD programs still widely popular, smartphones are seemingly replacing laptops in the workplace. And really, it’s no wonder as to why this trend has started. Despite a considerably smaller screen and keyboard, the mobile handset has become a laptop replacement option for many enterprise users. Advances in communications technologies will require the purchase of new devices, due to the new hardware required. But, as far as the organization is concerned, as cloud-access speeds improve and as they will with advances in Wi-Fi and 5G cellular, there will be a lessened requirement for ever-more processor power and storage in the mobile device itself.

A new app that will restore power to your smartphone

While Apple’s ‘Battery Throttlegate’ controversy has died down, concern for battery performance in mobile devices still lingers. One research team at the University of Waterloo has designed a mobile app to help properly manage a smartphone’s battery by reducing the energy used by non-critical applications – which can help the device last up to an hour longer each day on a single charge. However, this is just one of the many battery performance apps on the market. Many third party apps for this issue exist, and some phones come out of the box equipped to help you manage your battery life. Regardless of which app your prefer, it is clearly beneficial to have one in order to see the battery health of your device.