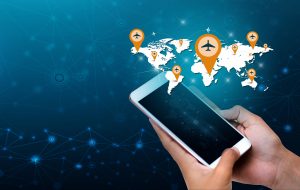 Provided is a weekly snapshot of the recent mobile, technology, and electronic recycling news that HOBI’s blog reported on during the week 8/13-8/17.

While the latest smartphones to hit the market have been impressive on the inside, on the hardware side of things the handsets aren’t showing much innovation. The minor improvements reflect a smartphone industry that has largely pushed the limits on hardware. Major changes in handsets tend to come every few years, but with nearly all phones pushing for larger displays and thinner handsets, is mobile hardware innovation basically non-existent at this point? Until something revolutionary hits – like the rumored foldable handset – mobile hardware most likely won’t be a factor that most consumers anticipate from new electronics.

E-waste mining is a form of ‘urban mining,’ which is simply defined as the process of reclaiming raw materials from spent products, buildings and waste rather than through traditional mining materials like rock. And at the University of New South Wales (UNSW), materials are extracted from electronic gadgets instead of from rocks. Professor Veena Sahajwalla, a Sydney-based expert in materials science believes that her operation will become efficient enough to be making a profit within a couple of years. And thanks to this practice, the industry not only has the potential to see immense growth but to find innovative ways to keep our planet sustainable.

Wouldn’t it be nice to have a single charger that would charge both your Android and iOS devices? The European Union is trying to make this a reality. Back in 2009, the EU had some of the biggest names in tech sign a voluntary memorandum of understanding to adopt a single standard, the MicroUSB port, by 2011. Yet, there seems to be no signs of movement towards actually adopting this standard. This was done as an effort to help solve the global electronic waste crisis. However, due to a lack of initiative, the EU plans to start cracking down on tech companies to get this project back into gear.

Biodegradable battery made of paper could help with e-waste reduction

Researchers at Binghamton University say that they have created a biodegradable, paper-based battery that is more efficient than they previously thought before. The team found that the key to complete biodegradation was through the use of polymers. They tested the degradation of the battery in water and it clearly biodegraded without the requirements of special facilities, conditions or introduction of other microorganisms. Additionally, the battery exhibits a much higher power-to-cost ratio than most of the other paper-based microbial batteries – making them an ideal eco-friendly alternative to traditional batteries.