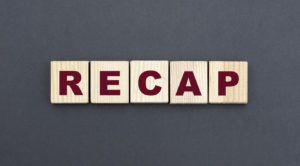 Below is a recap of this week’s blog posts including a decline in electronic disposition in Canadian households, an environmental enthusiast who turns trash into art, a global smartphone shipment decline and a new update for the Google Pixel 6A that fixes the Modding issue.

Canadian census agency, Statistics Canada (StatCan) recently published results for its Households and the Environment survey, and found that the percentage of households disposing of unwanted electronics last year has continued to drop. Conducted every two years, the survey asked Canadian households how many unwanted devices they had last year, whether or not they disposed of the retired devices, and how.

The global waste crisis is a growing phenomenon that continues to be a major issue. According to the Global Waste Index 2019, the world currently generates two billion tonnes of waste per year, which is due largely to the gross mismanagement of waste. However, a Texas native has found a creative way to eliminate waste by turning it into art.

It’s no secret that prices are high these days. Everything from gas to groceries has gone up, and the electronics industry has seen a decline in smartphone shipments compared to this time last year. Smartphone shipments worldwide are down 9% during the year’s second quarter. According to research conducted by global technology market analyst, Canalys, the decline is due to “economic headwinds and regional uncertainty.”

Trouble Modding Your Pixel 6A? An Update is Here!

Last week, Google released its highly anticipated Pixel 6A with the promised lower price, but immediately after the release users began complaining about a missing feature. A popular Android news site, Android Police, came across several reports from users about being unable to unlock the phone’s bootloader and perform mods. The site confirmed the issue with their own review and found the complaints to be true, but Google has been quick to jump on the issue and has begun releasing an update that corrects the error.