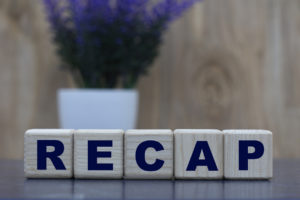 Below is a recap of this week’s blog posts including a California EPR bill recently signed into law, details on Apple’s refurbished Mac Studio sales, and the environmental services of proper IT asset disposition.

During the last 3 years, Senate Bill 54 , the Plastic Pollution Producer Responsibility Act has seen much debate and appeared in multiple iterations, but recently passed the state Senate. The bill would create a producer responsibility organization (PRO) to run a collection and recycling program to be overseen by the state. This would also establish a form of extended producer responsibility (EPR) for packaging and printed paper.

Apple is known for its luxurious, though extremely expensive Apple products, as well as its restrictive repair policy that used to prevent third party repair shops from being able to repair Apple devices. In the past, the tech giant has found itself in hot water over false environmental claims after announcing that the company was taking steps to be more environmentally conscious. However, Apple recently made surprising changes to its repair policy, along with a self-repair kit for consumers, and now they have begun selling refurbished Mac Studio models.

As the waste crisis continues to be a major issue, and many companies are becoming more environmentally conscious. Several have made statements proclaiming changes to their products such as biodegradable or reusable shopping bags. However, one type of waste many are still unaware of is electronic waste. E-waste accounts for 70 percent of the world’s toxic waste, and can be a major contributor to health issues for those who live near landfills. Though it may often be an afterthought, proper IT asset disposition is extremely important. Disposing of your electronics in an environmentally friendly manner helps bring the world closer to a more sustainable future.