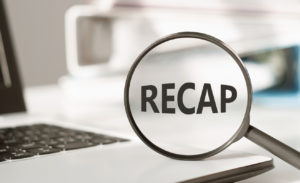 World Environment Day 2022: Only One Earth

Since 2012, when the first successful implementation of the right to repair occurred in the automotive industry, the idea of consumers repairing their own devices has grown significantly in popularity. The Right to Repair movement has since risen in the electronics industry, and many tech companies have announced self-repair programs. Now, repair bills are being signed into law, with New York being the most recent.

Apple’s WWDC22 Keynote took place Monday, as the company announced various updates for apps and products. The first thing discussed was the long awaited IOS 16, which includes personalized changes to the lock screen, as well as the Messages, Maps, Wallet, Home, Health, Fitness and Mail apps. Among the most highly requested updates, features like unsending and editing text messages after they’ve been sent, scheduling emails, follow ups and rich links have been added to the Messages and Mail apps.

In recent years there has been an increasing push for new and updated bottle bills at state and federal levels. Since the Iowa bottle bill went into effect in 1979, redemption centers have not seen a pay increase for bottle handling fees, but state lawmakers recently approved legislation that may end the 40–year record. Senate File 2378 was approved and passed on to Iowa Gov. Kim Reynolds, where it awaits her signature. The current deposit law allows the return of all carbonated and alcoholic beverage containers in exchange for a five cent deposit, and a one cent handling fee for retailers.