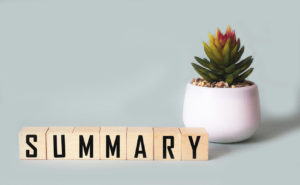 Last year the Basel Convention on the Control of Transboundary Movements of Hazardous Waste and their Disposal published several changes to the convention that would tighten e-scrap export regulations. The meeting took place this past week in Geneva, resulting in approval for e-scrap related changes, and puts further emphasis on the creation and adoption of a sound set of technical guidelines.

The House of Representatives passed the Senate version of the Ocean Shipping Reform Act (OSRA) Monday, June 13 in a House vote of 369-42. As broken supply chains and high shipping rates continue to plague the industry, OSRA is designed to promise efficiencies and enhance the Federal Maritime Commission’s (FMC) authorities.

Why E-Scrap Exports Are Important to a Circular Economy

The world currently operates under a linear economy, and many do not realize there is any other option. The take-make-dispose method is the primary routine for manufacturers and consumers who take materials from the earth, make consumer products, and dispose of them when they are no longer useful or desirable. As simple as it is, this process has caused the world to accumulate so much waste that landfills are overflowing, and professionals are running out of room to dump our trash. A circular economy aims to eliminate waste altogether via recycling and reusing materials instead of throwing them away.

South Carolina’s House Bill 4775 has finally passed the State House and Senate after spending a month in conference committee over claims that the Senate had tried to link an unrelated bill. With an effort to reform the state’s extended producer responsibility (EPR) program for electronics, the bill eliminates weight targets for electronics collection and gives consumers easy access to drop-off sites. The bill also focuses on a convenience metric for drop-off sites rather than a weight target.