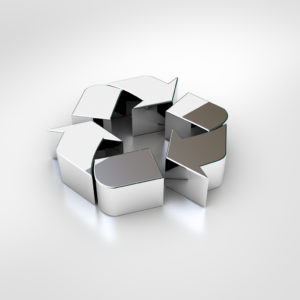 Below is a recap of this week’s blog posts including caution while performing self repairs, a new EU universal charger policy, the importance of metals recycling and details regarding Amazon’s long awaited drone delivery services.

Over the years electronic devices have grown more expensive, and so have repairs. Skyrocketing smartphone prices have made the devices extremely expensive to repair, and oftentimes users are told to replace the device altogether, leading them to pay just as much as they did for the device in the first place. This largely contributes to why the idea of self-repair has become so popular among tech lovers. The Right to Repair movement has gained a large following during the past few years, and now that New York has become the first state in the U.S. to pass a repair law, others may not be far behind.

Since the first cell phone charger was designed, the age old problem of too many chargers has been a common issue. Each household contains a plethora of electronic devices, and therefore an abundance of chargers, but the number one problem seems to be mismatched chargers. Imagine leaving the house to visit a friend only to discover that you’ve left your phone charger at home. No problem, you can use your friend’s, except your friend doesn’t have the same phone, so their charger does not support your device. European Union lawmakers have proposed a new policy that may simplify this 21st century problem.

Research Focuses on the Importance of Metals Recycling

Recycling is a crucial step in the development of a circular economy, especially when it comes to metals. Millions of electronics are made every year, which results in more electronic waste. We generate about 40 million tons of e-waste per year, which comprises about 70 percent of overall toxic waste. Of that, only 12.5 percent of e-waste is recycled, and 85 percent is sent to landfills or incinerators. Electronics have been high in demand for years, but as the amount of metal mined to manufacture new devices increases, some are concerned that the mineral will run out altogether.

Imagine your Amazon packages floating right to your backyard in the metal arms of a drone. As Amazon prepared to finally launch its drone delivery services, that future may not be too far off. After many years of promises and technical obstacles, Amazon recently announced it would be launching the long awaited service later this year in Lockeford, California.