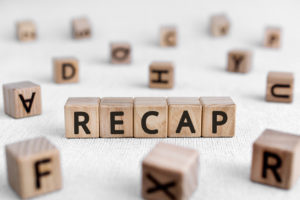 Below is a recap of this week’s blog posts including details on the new Swiss-Ghana e-scrap export proposal, some battery safety tips and what to do if a fire occurs during self repair, and a new data wiping tool for Google’s Chromebook.

Over the last few years pressure from the Right to Repair movement has increased, pushing tech companies to expand their restrictive repair policies, and many have conceded. Tech giants like Apple, Google and Microsoft have each announced one version or another of self-repair kits, enabling users to repair their own devices from the comfort of their homes. The problem is, battery fires are becoming increasingly common, and so are the risks of people setting their kitchen tables on fire.

One of the most important aspects of device resale is data erasure. Most users don’t realize that residual data remains on a device long after use, even after a reset. If retired devices aren’t properly disposed of, personal or company information could become vulnerable to theft. It’s extremely crucial to make sure all data is wiped from a device, and Google’s Chromebooks are now able to do just that.

Adopted by the Conference of Plenipotentiaries in Basel, Switzerland on March 22, 1989, The Basel Convention on the Control of Transboundary Movements of Hazardous Waste and their Disposal is an international treaty that controls the management and trade of waste worldwide. The Basel Convention was first implemented in 1992 in order to protect human health and the environment against adverse effects of hazardous waste. Last year, the Basel Convention published several proposed alterations to the convention itself that would dramatically change how some end-of-life exports are managed, with the changes set to be discussed in a meeting taking place June 6-17, 2022.

Data Center Decommissioning Doesn’t Have to be a Headache
December 7, 2022

How to Care for Your Frozen Electronics
November 22, 2022
Leave Comment