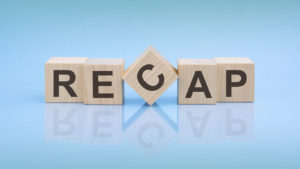 Battery fires are becoming a growing concern in the world, especially with the emergence of an electric car supply chain. Lithium Ion battery fires are becoming increasingly more common, leading the recycling industry to focus more on safe battery recycling. Commercial operations for Lithium Ion battery recycler Li-Cycle’s new Arizona location have begun in what will be the company’s third “spoke facility” in North America.

Colorado’s packaging and EPR bill, HB22-1355, passed the state House of Representatives May 2 and then the state Senate later May 11, but has since stirred controversy within the industry over pros and cons regarding the funding concept. The bill requires companies that sell consumer-facing packaging and printed paper to join producer responsibility organizations (PROs), or to submit an individual plan, which would fund and manage a statewide recycling system through dues.

Plastic waste is an ongoing problem, and a large contributor is single-use plastic bags. After only one use, they are often discarded as trash and are never fully broken down in landfills. In efforts to combat the issue, the Consortium to Reinvent the Retail Bag collaborated with retail sectors to create The Beyond the Bag Initiative, which aims to identify, test and implement new design solutions to replace the single-use plastic retail bag. The initiative challenges innovators, suppliers, designers etc. to submit designs, and last year’s winner just launched a reusable bag system in select New Jersey stores.

Now that summer has finally arrived, many families are hitting the road for those long awaited vacations, which typically means packing meals for roadside picnics. Though many recycling bills are being processed across the U.S., the global plastic waste crisis continues to be an issue. Out of the 8.3 billion tons of plastic in the world, about 6.3 billion tons is trash, and most is never recycled. In 2018 only 8.7 percent of the world’s plastic waste was recycled in the U.S. Recycling not only keeps our environment clean, but contributes overall to a more sustainable future. Below are some recycling apps to help keep your Summer travels a little greener.