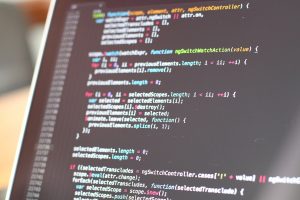 Provided is a weekly snapshot of the recent technology, IoT, and data security related news that HOBI’s blog reported on during the week 5/21-2/25.

For some of the biggest names in tech, the future is looking green. Companies like Amazon, Google, and Walmart are pushing power companies towards solar, wind, and all other clean renewable energy alternatives to coal. Over the past seven years, the use of renewable energy has increased significantly. In fact, current growth rates indicate that should they hold steady, renewable energy could become the third-largest source of energy in the United States. The push towards renewable began in earnest in 2011, when a global independent campaigning organization called Greenpeace released a report calling out data centers for being some of the biggest non-renewable energy users. Since then, the renewable energy industry has taken off at record speed.

The wireless carrier announced the Sprint IoT Factory, a digital store with boxed IoT offerings. More than 550,000 developers have contributed to the products, and Sprint has partnered with myDevices and The Goldie Group to launch the marketplace. Envisioned as an online marketplace offering a broad range of ready-made IoT solutions, the platform is meant to help enterprises embrace IoT in a swift and easily scalable manner which will allow them to partially or fully automate their operations, consequently making them more efficient. In addition to selling directly to end customers through the Sprint IoT Factory, Sprint, myDevices and The Goldie Group will also enable channel partners, wholesalers, system integrators and others to buy solutions as resellers.

A New Era of Smartphone Operation

The way we interact with our smartphones is rapidly changing thanks to the widespread integration of navigation gestures in lieu of traditional buttons. In fact, the end of smartphone buttons came about when Apple introduced a set of new navigation gestures on the iPhone X in lieu of a home button. But now many other handset manufacturers are also following suit. Google’s Android P, the next major update to the Android operating system, has announced it will swap out the signature trio of virtual buttons at the bottom of the screen for swipe-based navigation. And experts are finding that swiping is increasingly proving to be an efficient, effective alternative to some previously button-based navigations.

Seven Ways You Can Speed Up Your PC

It’s never any fun when you’re dealing with a slow device. In fact, it can be so frustrating that you may want to pull out your hair or chunk your device out the nearest window in a fit of rage. We’re so use to having everything we need at the tips of our fingers that waiting even a mere few seconds more for something to load can drive us crazy. But before you do anything too rash, there are a few simple steps you can take to try and get your personal computer running at an adequate speed. Provided are seven steps you can take to clear out all the gunk and get your PC running at a faster speed.