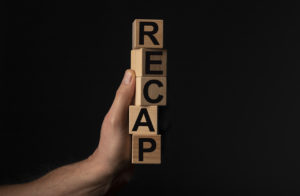 Below is a recap of this week’s blog posts including details regarding Microsoft’s new cybersecurity services, a New York EPR bill that was recently announced along with some other legislative updates, how mobile asset management can contribute to a circular economy, and closing the loop on a circular economy in the ITAD space.

Now that the majority of businesses have shifted to a hybrid work schedule, many people are using their own electronics while working from home and cybersecurity is becoming more crucial. Because home devices do not typically run security softwares or any protection, they are more susceptible to malware and other cyber threats. However, Microsoft has just unveiled a series of new cybersecurity services to tackle the cybersecurity issues of this digital era.

EPR bills are sweeping across the U.S. with several states in the process of approval. After a similar program was cut from the budget proposed by Gov. Kathy Hochul, a New York extended producer responsibility (EPR) bill, A10185, was introduced by Assemblyman Steve Englebright on May 5. The bill aims to reduce packaging waste by introducing fees depending on how much packaging material is used, and hold companies responsible for packaging waste disposal. If passed, A10185 would provide convenient, widespread access to recycling at a municipal waste level.

How Mobile Asset Management Contributes to a Circular Economy

Proper IT asset management is the key to creating a sustainable closed-loop circular economy, especially when it comes to mobile asset management. The world is overrun with technology, but the primary device used across the globe is mobile phones. Statistics show that 7.26 billion people in the world own a mobile phone, 6.64 billion of which are smartphone users. This means that 97.54 percent of the world’s population have mobile devices, and 83.72 percent own smartphones. Mobile devices alone make up a large portion of the world’s technology, and eventually, its toxic waste. However, with proper mobile asset management many users can preserve natural resources and help contribute to a circular economy.

Closing the Loop in the ITAD Space

Waste is so common today that for most, it’s rarely ever a consideration, however, it’s been a growing concern in the recycling industry for years. 2.01 billion tonnes of municipal solid waste is produced each year, some of which is food waste, and some of which is electronic waste. Landfills are only a temporary solution, but not a permanent fix for the amount of waste we generate. In a perfect world there would be no waste, and though the world is far from perfect, there is a way to eliminate waste.