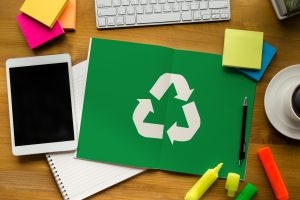 Here is a weekly snapshot of the recent technology, e-waste, and IoT news that HOBI’s blog reported on during the week 4/16-4/20.

In a recent webinar hosted by the U.S., EPA, e-scrap facility operators joined representatives from industry groups and a regulatory agency to talk about the ongoing lithium-ion (LI) battery challenge and offer some tips to avoid facility accidents. HOBI’s president, Craig Boswell, was joined on the webinar by Neil Peters-Michaud, CEO of Cascade Asset Management, Kevin Leary of the U.S. Department of Transportation, George Kerchner of the Rechargeable Battery Association, and Chris Coady of The Recycling Partners. Collectively, they covered dismantling techniques, regulatory compliance and the difficulties of dealing with a constantly changing product stream, where no two battery removal methods are the same.

Don’t Rush to Deploy 5G Technology if You Value IoT

With the advent of 5G technology, you may be preparing yourself for a faster wireless connection, however, experts say you will also need to prepare yourself for the influx of potential security breaches that could come with the new networks. Known security flaws in signaling protocols, SS7 and Diameter, could affect 5G models and would allow for malicious users to eavesdrop and spoof communication traffic as well as intercept location information. Of particular concern to ENISA,  is that network operators are already talking about rolling out 5G networks, while standards bodies still haven’t nailed down all the security issues.

The University of New South Wales (UNSW) in Australia has launched the world’s first microfactory in the efforts to help reduce the country’s e-waste concerns. According to the Global E-waste Monitor 2017 report, over 44 million metric tonnes of electronic waste was generated during 2016, which could rise to 52.2 metric tonnes by 2021. One professor at UNSW’s Centre for Sustainable Materials Research and Technology might have found a solution for the growing problem. The e-waste microfactory has the potential to reduce the rapidly growing problem of vast amounts of electronic waste causing environmental harm and going into landfills or incinerators. It was officially launched on April 4, and is reported to be the first in a series, with other modules being developed to tackle consumer waste.

Researchers Give an Old Style Battery a Modern Upgrade

The use of wind and solar energy to generate power is spreading, but certain aspects of the technology lag behind other components. One of the biggest challenges for scientists developing clean energy is the storage capacity for industrial-size batteries. And now, it looks like researchers at MIT may have cracked the code by redesigning an old style of battery with an eco-friendly and modern upgrade. Using a battery design from 1968, researchers have replaced the original ceramic component with a new type of metal mesh membrane that could allow the battery’s capacity to be stronger than anything else currently on the market.