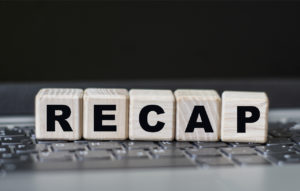 The Future of Technology Post-COVID

During the COVID pandemic schools and businesses were forced to adopt a new method of working and learning. As “working from home” and “learning from home” became the new normal, technology adapted as well. The question is, what will the future hold for technology in a post-pandemic world? Furthermore, how will this affect those responsible for its disposition?

Tech Solutions Series: What do I do if my computer won’t turn on?

We face dozens of issues with technology every day. Swollen batteries, faulty routers, overheating, data security etc., the list goes on. One issue we’ve all faced is the laptop that won’t turn on.You turn it off, but it simply refuses to power back on no matter how many times you press the power button. Maybe it shut off on its own, or perhaps you restarted it to fix another issue, either way the screen is dark and the panic is setting in. Don’t worry, there’s a few reasons for why this happens, and a few tricks that might help bring your computer back to life.

In February, the House of Representatives passed the America Creating Opportunities for Manufacturing, Pre-Eminence in Technology, and Economic Strength Act of 2022 (America COMPETES Act). The bill was first proposed on grounds of national security, but stirred controversy within the industry over its extensive e-scrap export restrictions. In efforts to prevent counterfeit electronics from reentering supply chains and potentially affecting U.S. military hardware, section 30612 of the America COMPETES Act would restrict the export of used electronics from the United States.

Apple has been a long time supporter of subscriptions, even more so in recent years with the release of services like Apple Music, Apple TV Plus, Apple News Plus, Apple Fitness Plus and Apple Arcade. The company is now rumored to be extending subscription services to its hardware. According to Bloomberg, the tech giant is working on a subscription service for the iPhone and other products. Bloomberg described the news as, “a move that could make device ownership similar to paying a monthly app fee, according to people with knowledge on the matter.”

Start This Season with an ITAD Plan
September 26, 2022