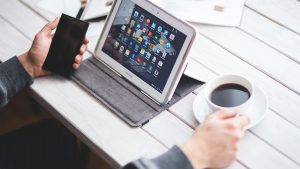 For a while, it seemed like the Chinese smartphone market was an infinite growth machine. However, after eight consecutive years of growth, the world’s biggest mobile phone market is beginning to show signs of a decline. Research firm, Canalys estimates that Chinese smartphone shipments declined 4.9 percent in 2017, which is the first drop in the market since 2009. While domestic and imported brands like Oppo, Vivo, and Apple took a hit in the Chinese market, Chinese mobile phone manufacturer Huawei ended 2017 with higher figures than the previous year. Canalys pinned the decline primarily on “minor upgrades” to Chinese phones that weren’t enough to spur a wave of new buyers. The firm also indicates that the Chinese mobile phone market is maturing and there is a decreasing push to upgrade among the Chinese consumers.

A Quick Look at the New Features Coming with Apple’s iOS 11.3

Back in September 2017, Apple announced the newest version of its mobile operation system, known as iOS 11, and it was a pretty big deal. The company will now be releasing the next version of iOS 11, known as iOS 11.3 that will introduce some impressive and significant features despite being a mid-cycle software update. With the update, iPhone X users will see improved and easy-to-use augmented reality (AR) and new animoji options. In addition, the new update will be introducing Health Records and Business Chat to all iPhone users. However, the most anticipated feature of iOS 11.3 is a battery health report that will not only allow users to check the longevity and remaining capacity of their device’s battery but will allow users to control battery throttling. The software is currently out for beta testing and will be released to the public by this spring.

Business is booming for software and privacy experts as companies across the global spend millions to comply with the General Data Protection Regulation (GDPR), even though many uncertainties remain about how rules will be enforced. While businesses are scrambling to find experts who can help guarantee that they’re meeting all the parameters of the regulation before the GDPR goes into effect on May 25th, experts at PwC say enterprises need to take cautious steps. Many non-experienced people are claiming to be a GDPR experts as they see the strong demand and current rush in the business. Yet, despite the boom in security consultants and the rush to be compliant, there is little consensus on whether most companies will actually be ready by May. Experts at Gartner say most enterprises won’t even be in compliance by the end of the year, let alone May.

Intel has been the dominant company in chip manufacturing for literally decades, but in 2017 it ceded its crown to South Korean tech giant, Samsung. After Samsung posted its 2017 end of year financials, it was clear that they had beat out Intel as the world’s largest seller of chipsets. While it is not a straight comparison to make, since Intel’s focus is on x86 processors, where it remains the leader by a great distance, and Samsung’s strength is in producing memory and flash storage – in monetary terms, the latter business is now bigger of the two. Surpassing Intel by 6.2 billion in annual revenue, Samsung seems to be soaring to new heights in 2018, specially with talks of a foldable display expected to hit the market sometime soon.

Apple Plans to Move Production Out of China
December 27, 2022
What to do with Old Cell Phones
November 28, 2022
Apple Faces Lawsuit Over the Violation of the California Invasion of Privacy Act
November 21, 2022