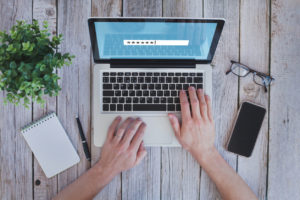 Choose Recycling Your E-Waste Over Landfills and Incineration

The idea of getting rid of old, outdated electronics is much easier than the task of getting rid of them itself. Most people end up throwing them away with other waste, however, electronics waste is vastly different and must be disposed of in a much safer manner. One of the most common places to dispose of electronics is in landfills. Others take them to incineration facilities. Today we discuss the best practices for recycling your old electronics, and why recycling is the safest, most environmentally friendly method of disposal.

Most are aware of the recent spark of interest amongst tech companies surrounding the Metaverse. Several tech giants have announced plans to invest in the technology required for the concept in a race to own the term. Most notable in their efforts is Facebook, who recently changed their company name to “Meta” in order to better reflect their virtual reality ambitions. Since then other companies have joined the efforts to bring a virtual world to life, but one company is bringing Facebook, now Meta, under fire for stealing their name.

Electronic waste is a subject typically overlooked, most often because few really know how to properly dispose of it. The world generates about 50 million tons of e-waste per year, and the number will only increase. In a 2018 EPA report, the e-scrap recycling rate in the U.S. was 38.5 percent. Recently, researchers in the United Nations conducted a study on e-scrap recycling in UN member nations for the first time, and discovered that recycling rates are much lower than expected.

Pollution is an issue across the globe, though often a difficult topic when it comes to gaining legislative attention and support. However, throughout the past few months more momentum has been building to address the growing concern of plastic pollution. Several governments across the world have taken steps to mitigate the problem, and recently the United States has indicated its support in a joint effort to tackle the issue of plastic pollution. In addition, the European Union has drafted stricter export policies, plastic dump sites are being mapped, and researchers from the University of Pittsburgh published findings concerning the impacts of virgin plastic shipments.

The Benefits of Partnering with an ITAD Enterprise Like HOBI
January 25, 2022

Tech Solutions Series: Why is my computer so slow?
January 24, 2022

The Pitfalls & Solutions of Selling Returned Merchandise on the Direct to Consumer Market
January 20, 2022

Use an ITAD Enterprise to Process Your Off-Lease Equipment
January 13, 2022

3 Reasons Not to Repair Your Own Smartphone
January 12, 2022
Leave Comment