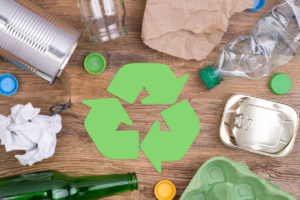 Below is a recap of this past week’s blog topics including part 7 in the R2v3 compliance update series, details concerning Intel’s new 12th Gen Alder Lake chips, an insight into the steps Microsoft has taken toward the Metaverse, and a message to our veterans giving our thanks for their service.

Sustainable Electronics Recycling (SERI) released the first major update of the R2 standard since 2013 in July 2020, providing a list of new standards for IT asset disposition enterprises. We have been highlighting R2v3 with a series outlining the updated standards. Read more about the new R2v3 changes including EH&S Management Updates, Data Security, Process Requirements, and Data Sanitization. This week we examine changes to part two of test and repair, and specialty electronics reuse.

In July the processor giant Intel previewed a chip the company has been teasing since the beginning of the year at its 2021 Architecture Day event, and made promises of hybrid CPUs for desktops and laptops. Months later the 12th Gen Alder Lake chip is finally here, and boasted by the company to usher in a new era of Intel chips. Leading the lineup of new chips, the Core i9-12900K CPU Intel promises is the world’s best gaming processor.

We’ve all seen the movies like Ready Player One that depict a futuristic society wherein life is conducted in a virtual world. While today’s technology isn’t quite up to par, this hasn’t stopped multiple tech companies from jumping on the bandwagon in efforts to be the first to create the Metaverse. Facebook, now called Meta, CEO Mark Zuckerberg recently took a large step toward this virtual future when he changed the name of his company to Meta to better reflect the company’s virtual reality ambitions. Since then other companies have raced to make similar adjustments and to take their own steps toward the metaverse goal. Joining efforts to bring a virtual reality future to life, Microsoft has released tools specifically engineered for the Metaverse.

Giving Thanks to Our Veterans

With Thanksgiving just around the corner, it’s a perfect time to express our sincere gratitude for the men and women who have fought bravely and served our country. Leaving their homes and families in order to protect our freedom, this Veterans Day we salute all veterans and thank them for their service. HOBI International Inc. would like to recognize all those who have provided us with the freedom and rights that we have today, every man and woman who have sacrificed so much of their lives for their country. Join us as we pay tribute to our veterans on this special day.