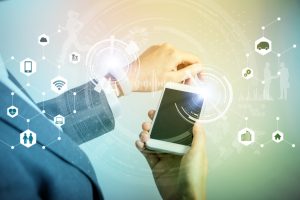 Provided is a weekly snapshot of the recent data center, IoT and mobile related news that HOBI’s blog reported during the week 11/26-11/30.

A new NerdWallet survey, conducted by the Harris Poll, reveals that many Americans will be taking extra precaution with their holiday purchases this year due to the current trade situation with China. The survey found that nearly forty-four percent of Americans buying gifts for the holidays will take the time to conduct price comparisons before making a purchase, while twenty-two percent said that they would avoid purchasing anything from China altogether. Two of the biggest consumer goods that will be hit are furniture and electronic gadgets.

How 5G will affect data centers

Despite reports that we will begin to see 5G deployment in 2019, the new mobile network is not scheduled to officially roll out until 2020. But when it does, experts say that the 5G network could be very instrumental in developing data-dependent technologies that must handle data without delays. In fact, the 5G network will support up to 1,000 times higher data volumes than its predecessors. And to accommodate the people who want to use 5G may mean the massive data centers that are so common today will become increasingly less prominent. However, while construction of mega data centers may slow, the edge data centers will likely become more substantial.

To the U.S. local government, the IoT is just about everywhere you could imagine. According to a survey data from the 2018 Digital Cities survey, a project conducted by the Center for Digital Government, 92 percent of cities participating in the program said they were considering the potential of IoT in their strategic planning. The annual project has been asking participants this question for years now, and since 2015, the percentage of cities answering affirmatively has risen from 61 percent to 92.

Mobile security is at the top of every company’s worry list these days and for a good reason. Nearly all workers now routinely access corporate data from smartphones, and that means keeping sensitive info out of the wrong hands can be an increasingly difficult task. And with the average cost of a corporate data breach reaching a whopping $3.68 million, based on a 2018 report by the Ponemon Institute, the stakes are seemingly higher than ever. Therefore, provided is a list of the six mobile threats you need to be aware of throughout 2019.