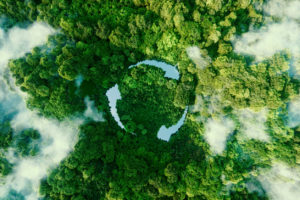 Below is a recap of our top blog stories this week including America Recycles Day, the last chapter of our R2v3 compliance update series covering materials recovery and brokering, news concerning a recent settlement between Google and a class action lawsuit, and some environmental benefits of proper e-waste disposition.

America Recycles Day: The Environmental and Economic Benefits of Recycling

Today marks  America Recycles Day, a day to remind ourselves of the importance of reducing waste and educating each other on the critical need to protect our environment and keep our planet clean. According to National Geographic, each American sends 64 tons of waste to landfills during their lifetime, the equivalent of 246 million tons of waste each year. In the grand scheme of things it may not seem important, but an EPA study has shown that recycling and reuse also accounts for 681,000 jobs and $37.8 billion in wages. America Recycles Day is about building consumer demand for recycled products, and to educate America on the environmental and economic benefits of recycling.

Sustainable Electronics Recycling (SERI) released the first major update of the R2 standard since 2013 in July 2020, providing a list of new standards for IT asset disposition enterprises.

We have been highlighting R2v3 with a series outlining the updated standards. Read more about the new R2v3 changes including EH&S Management Updates, Data Security, Process Requirements, Data Sanitization, and Specialty Electronics Reuse. In the final chapter of the series we examine changes to materials recovery, and brokering.

Throughout the years several tech giants have been taken to court by disgruntled consumers over a number of different issues. Google is the most recent company to find itself in hot water with consumers over illegal tracking claims. iPhone users have band together to take legal action in a lawsuit set to end a years-long dispute in a settlement between Google and the plaintiffs. The legal dispute began in 2010 when a large group of users claimed that Google was sharing customers’ search data with third parties. The users alleged that the company breached their privacy policy and violated the Stored Communications Act. Environmental Benefits of Proper E-Waste Disposition

At the beginning of the week we kicked things off with America Recycles Day, where we discussed the importance of recycling, and ways to recycle from your home, work, at school, and even in your community. To wind down the week let’s talk about another king of recycling, something most don’t consider. Society has become increasingly dependent upon technology in almost every aspect of daily life, and every year each piece of machinery is updated and released in a new model which, let’s be honest, everyone has to have. This means we typically just get rid of our old devices, even if they have not yet reached the end of their lifecycle.