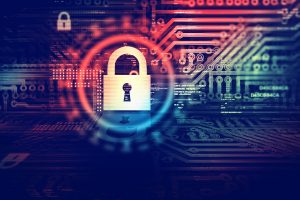 Provided is a weekly snapshot of the recent data security, scrap imports and recycling related news that HOBI’s blog reported during the week 11/12-11/16.

Researchers from the University of Radboud University in the Netherlands have discovered widely used data storage devices equipped with self-encrypting drives do not provide the expected level of data protection. This is due to a malicious expert with direct physical access to widely sold storage devices with the ability to bypass existing protection mechanisms and access the data after bypassing user-created passwords.

Reuters reports that China’s scrap imports have sharply declined since figures that were last reported in August. Scrap buyers in China greatly reduced their purchases from other parts of the world back in September. The largest contributing factor behind this is likely the tariffs that China’s government placed on several scrap commodities shipped from the United States, as part of the seemingly omnipresent trade dispute.

Battery-free IoT devices could be in the near future

A team of researchers are looking into creating IoT devices that could function without the requirement of batteries or charging efforts. They are able to do this by hacking radio frequency identification tags (RFID) in order to give the device the ability to sense the environment, which helps the device determine when and how to conserve battery power. While this technology may not be coming to any device we have in our homes any time soon, it could be used to help research efforts in remote areas, where devices are not easily accessible for repair or battery replacement operations.

Every year, Nov. 15 marks the celebration of America Recycles Day (ARD), a Keep America Beautiful national initiative, which is the only nationally recognized day dedicated to promoting and celebrating recycling in the United States. On this ARD, the EPA recognizes the importance and impact of recycling. Consumers and companies all over the country are taking part in organized recycling events.