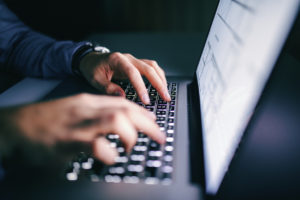 Sustainable Electronics Recycling (SERI) released the first major update of the R2 standard since 2013 in July 2020, providing a list of new standards for IT asset disposition enterprises. We have been highlighting R2v3 with a series outlining the updated standards. Read more about the new R2v3 changes, EH&S Management Updates, Data Security, and process requirements. This week we examine changes to data changes, and test and repair.

Electronics are an essential part of society, but during the last few years the idea of something more has been tossed around by many different tech companies. Virtual reality is no longer a concept only found in books and movies, but possibly just around the corner. Several tech giants have expressed their desire to own the term metaverse, but one major company has recently taken the next step. Since 2004, Facebook has been one of the most utilized social media platforms. However, most are not aware that social media is only a single facet of many companies owned by Facebook founder Mark Zuckerberg. In a Facebook Connect augmented and virtual reality conference, the company announced that it has officially changed the company name to “Meta” in order to reflect the company’s vision of projects in the works beyond social media.

What to Look For When Seeking Data Center Services

Throughout the years people all over the world have collected many different types of electronics, at least two to three devices each, and each device contains large amounts of data. Similarly, an office filled with phones, computers, tablets and security systems all contain data that is stored in data centers. When electronics are ready to be retired they are sent to IT asset disposition facilities for recycling, and data is entrusted to ITAD professionals. The question is, what kind of ITAD provider should you trust when it comes to data center decommissioning? We’re glad you asked.

The Canada Plastics Pact released the “Roadmap to 2025: A shared action plan to build a circular economy for plastics” Oct. 21. The document reflects how the organization envisions the development of a circular economy for polymers. Organized by the Ellen MacArthur Foundation, the CPP is composed of 70 businesses, non profit organizations, and governments, and modeled after other plastics pacts around the world. Like the organization itself, the 2025 Roadmap is modeled after plans published by other pacts, and strays from the traditional 3 recycling Rs, focusing instead on three strategic priorities: reduce, reuse, and collect.