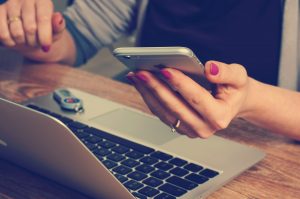 Provided is a weekly snapshot of the recent e-waste, artificial intelligence and consumer electronic news that HOBI’s blog reported during the week 10/29-11/02.

The Bureau of Industry and Security (BIS) published in the Federal Register a notice of inquiry seeking public comments on the effects and costs that would result if BIS were to amend its regulations to reflect new export authorization requirements regarding electronic waste, including new record keeping requirements, reporting requirements and data elements in the Automated Export System, maintained by the U.S. Census Bureau, to track electronic waste that is exported. Comments from all interested persons are welcome and will help BIS determine the feasibility and cost of implementing a mechanism for tracking and controlling electronic waste exports.

Organizations see AI as both friend and foe to cybersecurity

Artificial Intelligence (AI) may be extremely helpful in streamlining operations and minimizing the risk of human error, but organizations can’t help but see AI as both friend and foe when it comes to cybersecurity. In a survey conducted by Neustar International Security Council (NISC), about 87 percent of security professionals recognize AI’s potential to enhance cybersecurity and bolster their company’s defenses. However, 82 percent of respondents also said they are concerned about the possibility of attackers using the technology against them.

During the East Coast event held on Tuesday, Apple unveiled a lineup of new Macs, iPads, including an upgraded MacBook Air, Mac Mini and larger iPad. Apple is calling the new iPad Pro the biggest change to the iPad since its inception eight years ago. Its new features play to Apple’s mission to make the tablet adaptable and appeal to a larger audience. Meanwhile the new MacBook Air has been completely redesigned with a new ‘liquid’ retina display as well as a base that is made out of 100 percent recycled aluminum to help reduce the computer’s carbon footprint by 50 percent.

Mobile carriers will have a large role in IoT

As the Internet of Things continues to expand and permeate the U.S. economy, mobile telecom carriers have the opportunity to reshape hospitality and retail industries through 5G networking combined with mobile video, smartphone payments, tablet-based point-of-sale, cellular powered digital-signage and wireless broadband connectivity. According to a recent Ericsson study, 5G is expected to be a critical enabler of virtual reality and augmented reality technology. Mobile carriers will need to continue to expand their partnerships beyond their existing network vendor relationships to include technology solution providers within the AR/VR community.

The worldwide smart wearable device sales will double by 2022, becoming a $27 billion market with 233 million unit sales. According to industry analyst CSS Insights, the growth is being powered by smartwatches, with fitness trackers on the slide in the next four years. The CCS’ report states that 85 million smartwatches will be sold in 2019, increasing to 137 million in 2022, but that sales of fitness trackers will drop by 43 million this year to 39 million within those four years. However, according to CCS, a big boom for the wearable market over the next few years won’t come from the wrist. The report states that the ever increasing array of ‘hearable’ (i.e. smart connected headphones and earphones) will surpass 27 million shipments by 2022.