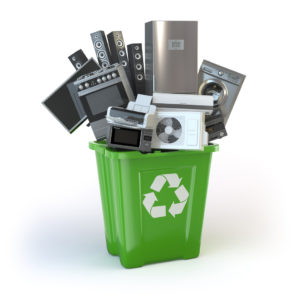 Sustainable Electronics Recycling (SERI) released the first major update of the R2 standard since 2013 in July 2020, providing a list of new standards for IT asset disposition enterprises.

We have been highlighting R2v3   with a series outlining the updated standards. Read more about the new R2v3 changes, EH&S Management Updates, and Data Security. This week we examine changes to transport, process requirements in the downstream recycling chain, and data sanitization.

ISRI held its annual fall meetings last week in Charleston, South Carolina. The three-day session wrapped up Oct. 20. Day one of the meetings opened with a greeting from ISRI Chair Gary Chapman, who welcomed both in-person and virtual attendees. After a quick reminder about the upcoming ISRI Southwest Region Fall Conference and Trade Show, the two newest ISRI staff members were introduced. Leadership committee chair, Brian Shine then presented the nominees for ISRI national positions on the board, followed by a co-chair presentation of ISRI’s Women in Recycling council by Sandy Brooks and Paula Murphy. A report on ISRI’s efforts to widen the workforce pipeline for the recycling industry and its growing sustainability efforts was given by ISRI’s vice president of sustainability, Cheryl Coleman.

In 2012, Massachusetts passed the Motor Vehicle Owners Right to Repair Act, thus beginning the Right to Repair movement, which has recently gained traction with mobile device users. We have all experienced the frustration of making the trip to fix an expensive piece of electronics, only to spend just as much, or more than we originally paid for the device. Manufacturers’ strict repair policies, which prevent customers from going to third parties for repair, leave customers with only one, often overpriced, option. The Right to Repair movement aims to push electronics manufacturers to expand their repair policies to allow consumers to seek repair outside the manufacturers. The movement has continued to grow over the years, and recently, a large manufacturer has made the decision to increase consumer repair options.

The Trick & Treats of the Trade

Happy Halloween! October is the time for all things spooky, and what’s scarier than electronic waste? Whether it’s robotic spiders or magnetic lights, it’s important to have a disposition plan for any electronics you plan to retire after your spooktober festivities. Navigating crowded neighborhoods can be a nightmare, and running out of candy during the witching hour might be even worse, but imagine drinking a glass of chemicals. Picture the end of a successful night of trick or treating, the kids are asleep, and the candy out of reach. You tiptoe through a quiet house for a refreshing glass of water, only to twist the knob and find a rusty shade of brown trickling from the nozzle. Amid trick or treating plans, we’re here to discuss the tricks and treats of electronic disposal and help you keep this spooky season mostly ghostly.