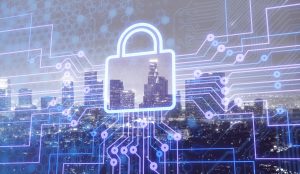 Provided is a weekly snapshot of the recent mobile, technology and data security news that HOBI’s blog reported during the week 10/22-10/26.

Apple is holding another big event on October 30

Apple has announced a new event will take place at the end of the month on Tuesday, October 30, which is just in time for the holidays! A late event such as this is not usual for the tech giant, especially given that their annual keynote was held just last month. Many are speculating that this event will focus on the launch of new iPad and Mac devices – both of which were not mentioned during the keynote event. The company hasn’t released any more information about what we can expect from the event, other than the tag lie, “There’s more in the making.” This appears to be a nod to both the “one more thing” aspect of this late in the season event, along with the company’s new found refocus on creative professionals.

3D-printing of lithium-ion batteries is currently being tested by researchers at Duke University. The team has found a method that will allow a 3D printing of li-ion batteries in virtually any shape. This means that manufacturers of things such as electric vehicles, cell phones and laptops won’t have to adapt their designs to the size and shape of commercially available batteries. In a paper published in ACS Applied Energy Materials, the researchers explain how they used an electrolyte solution to increase the iconic conductivity of the polymers used for 3D printing. This allowed them to print complete lithium-ion batteries with an inexpensive machine.

Don’t let terms like ‘waterproof’ and ‘water resistant’ fool you when it comes to technology. Most tech gadgets sporting these features aren’t made up to the same standard, which means that waterproofing isn’t created equally. And before you go jumping into any pools or lakes thinking your device will survive a dip in the water, provided is an overview on how to navigate the various classifications of water resistance in tech to help prevent your devices from dying an avoidable moist death.

Apple users now have access to view and take back some control of their personal information that the tech giant has collected on them. Tim Cook, CEO of Apple, comments that Apple believes privacy is a “fundamental human right,” which is reflected on the main screen of the company’s updated privacy page. The site now provides instructions on how users can request their information such as data from address book contacts, calendar appointments, music screaming preferences and details about past Apple product repair among.