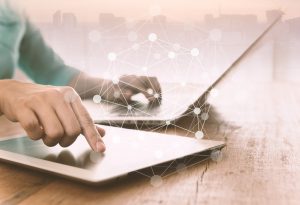 Provided is a weekly snapshot of the recent mobile, electronic waste and IoT news that HOBI’s blog reported during the week 10/01-10/05.

Brand is driving the value of used phones

A recent study conducted by researchers from the Yale University School of Forestry and Environmental Studies and Israel’s Tel Aviv University, reveal that the biggest factor driving value of used phones is brand. The report examines nearly 500,000 eBay sales of both Apple and Samsung phones from 2015 to 2016 to understand how factors such as age, repairability, memory size, condition and brand affect a phone’s value in the secondhand market. The researchers found that brand equity had more of an impact on extending product life than repairability. However, in general, Apple phones retained their value better than other brands.

In some therapy sessions, electronic waste is all the rage

Did you know that e-waste might be able to help you manage your pent up anger? A new therapy practice called “destructo therapy” is the new craze in anger management and it involves the use of “rage rooms,” which offer people the chance to let out their anger by destroying discarded household wares. The smaller electronics, such as printers, keyboards, televisions and monitors are among the most popular to destroy. And because of this, demand for used electronics and broken scrap have slightly increased.

In Memory of Tommy “Lane” Epperson

HOBI International, Inc. is deeply saddened to hear that the IT Asset Management industry lost a stalwart this week. Tommy “Lane” Epperson, 56, of Oklahoma City, unexpectedly passed from this life on September 30, 2018. Please join us in sending his family, friends and colleagues, heartfelt sympathies.

Torii the latest IoT botnet to watch out for

Researchers say to forget about Mirai and start worrying about Torii, a newly discovered IoT botnet. They say it is an “example of the evolution of IoT malware” and “its sophistication is a level above anything [researchers] have seen before.” Torii can run on almost every modern computer, smartphone and tablet and the malware botnet uses common network protocols to exploit IoT devices. Torii isn’t being used for what would be considered “normal” botnet activities, such as DDoS or mining cryptocurrencies. Instead, it seems to be running features for the sake of exfiltration of sensitive information.

Next Saturday marks the first celebration of the WEEE Forum’s International E-Waste Day. The initiative was started by the WEEE Forum, a multinational alliance of e-scrap stewardship groups that is based in Brussels. A total of 25 non-profit e-scrap groups form 19 different countries collaborated to kick of the event. The event will be dedicated towards raising the public profile of e-waste recycling and encourage consumers to recycle their e-waste with the resulting increase in e-waste recycling rates on the day itself and into the future.