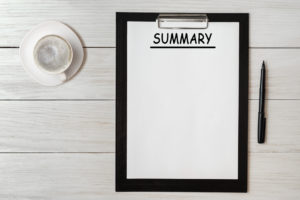 Below is a recap of this week’s blog posts including a potential e-waste issue at a landfill fire in Alabama, the reason experts are predicting the rise of the right to repair this year, why half of consumers are unaware that EV batteries are recyclable and how to prevent lithium-ion battery fires.

Fire reports were received at Moody Fire Department in Alabama on Black Friday in November. Originating at the Environmental Landfill Inc., a “green waste” landfill, the fire has grown extensively, covering a large suburban area with smoke. Though the landfill is supposed only to accept green or vegetative waste, such as fallen tree limbs or yard debris, unauthorized waste, including scrap tires and appliances, has been reported. As a result, many residents in the area are concerned with what toxins are in the air they may be breathing.

Experts Predict the Rise of Right to Repair in 2023

As much as consumers love brand-new electronics, there is one thing they collectively do not, the prices, which only seem to be increasing. As a result, more consumers have begun reusing old devices and even purchasing used devices. Unfortunately, this also means more repairs. By now, it’s no secret that electronics coincidentally start to go downhill after just a few years of use. Unfortunately, some brands degrade quicker than others, and manufacturers often make it extremely difficult to repair devices or even to seek help from third-party repair shops.

Almost Half of Consumers are Unaware EV Batteries are Recyclable

A recent survey from Ascend Elements showed that 47 percent of consumers believe EV batteries cannot be recycled. This misinterpretation exists because EV battery recycling is a relatively new concept, and many people need clarification on the recycling route and its outcomes. Additionally, the same people believe recycling EV batteries is expensive when it’s immensely affordable. The key benefit to recycling these batteries is that they supply the materials for new ones and, in the long run, allow electric vehicles to become more economical and environmentally sustainable.

How to Prevent Lithium-Ion Battery Fires

Everyday items such as laptops, smartphones, smart watches, etc., use lithium-ion batteries. Although these batteries are used daily and continuously, they become extremely dangerous if managed poorly, for instance, if they end up in the trash or recycling bin. Single-use, non-rechargeable, nontoxic, and dry cell batteries can be thrown out in the trash, not Lithium-ion batteries, as they will generate massive fires. Therefore, since laptops, smartphones, and smartwatches contain lithium-ion, they, too, should be disposed of with caution.

Start the Year with an ITAD Plan
January 4, 2023
Leave Comment