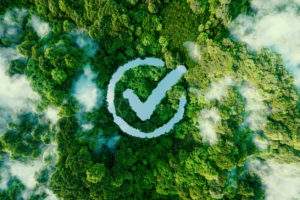 Below is a recap of this week’s blog posts including tips on how to reduce e-waste in 2022, a recently passed New Jersey recycling mandate, tips on what to do if your smartphone won’t turn on, and some pitfalls and solutions of selling returned merchandise on the direct to consumer market.

The world generated a total of 55.5 million metric tons of electronic waste in 2020, and an estimated 57.4 million metric tons in 2021. These numbers have increased in comparison to previous years and are only expected to grow. Since the start of the pandemic, the amount of technology used has increased exponentially due to the amount of people working from home, resulting in an overflow of e-waste that will eventually end up in landfills or incineration facilities. When electronics are left in landfills for too long, harmful chemicals can leak into the soil and contaminate drinking water in surrounding areas. In addition, these chemicals can also pollute the air near incineration facilities when burned. In order to reduce the amount of chemicals released into the environment, we first need to reduce the amount of e-waste we generate.

Legislation in New Jersey mandating recycled plastic be used in rigid containers, carry out bags, and trash bags received final votes in both state Assembly (48-26) and Senate (22-15) on Jan. 10, and will be sent to governor Phil Murphy. Originally passed in June 2021 by the Senate, S 2515 was amended by the  Assembly before being voted on a second time by the Senate. The bill includes a number of key exemptions like food packages, milk and plant-based packages, medical food, food for special dietary use, and infant formula. S 2125 also bans polystyrene loose fill packaging, and requires the state to consult with the Association of New Jersey Recyclers and the New Jersey Clean Communities Program to launch a statewide recycling education program.

Tech Solutions Series: My Phone Won’t Turn On – What Should I do?

Today we’re here to discuss a common smartphone issue that has plagued many users over the years, the mysterious case of the dead phone. Or rather, a phone that simply won’t turn on. You’ve tapped the screen, clicked every button, plugged it in, and even banged it on the table a few times for good measure (it works for the TV remote), but nothing. Before running off to the manufacturer for a new device, here are some things to consider.

Many things have changed over the years, including the way society shops. Especially since the pandemic, there has been a major increase in online shopping. Because stores were closed people bought almost everything online, a method that has continued due to the lingering pandemic and convenience. Direct-to-consumer online platforms such as Amazon, eBay, Back Market and Mercado Libre have become extremely popular in recent years, however, there are many pitfalls of selling returned and refurbished merchandise online.