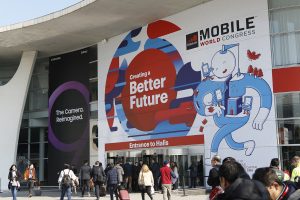 The following is a quick recap of some of the recent technology, recycling, and e-waste industry news that HOBI’s blog reported on during the week 3/05-3/09.

Throwaway Culture is the Root of the E-Waste Crisis

Throwaway culture is more widespread than ever. With better and shinier tech gadgets entering the market at a constant rate, it’s hard to not go for the upgrade. But when you’re replacing a still usable device, what are you deciding to do with your old electronics? Unfortunately, most are opting to lump them in with regular trash, which not only contaminates the environment but wastes usable resources. Our fast-moving digital culture, coupled with increasing consumer hunger for the latest gadgets is creating a global epidemic of domestic electronic waste that too few governments are addressing. Therefore, provided are a few tips to on how to curb throwaway culture.

The Best and Worst Tech at Mobile World Congress 2018

Mobile World Congress (MWC) is the world’s largest exhibition for the mobile industry and at this year’s show, some of the biggest names in tech showed up to reveal the latest and greatest in mobile technology. And like all other years, there were some devices that stole the show, while others were seemingly left in the shadows. In fact, there were a number of smartphones that fell perfectly within the iPhone X’s shadow simply because they were almost carbon-copies of the Apple flagship phone. Provided is a list of some of the best products the show revealed, starting with the highly anticipated Samsung Galaxy S9 and S9 Plus, down to gadgets that critics feel aren’t ready to hit the market just yet.

So, you’ve been hacked. Do you know what to do next? Anyone with at least one online account has felt the fear of a potential hacking. While many of us put our trust in the Internet and its convenient connected network, data security still remains to be a number one priority. However, how many people know what to do when they realize cyber thieves have taken control of their account? Fortunately, you can take action in the face of digital vandalism. If you ever find yourself locked out of your accounts, major internet services have prepared a few routes to help you get back in. Below is a list of ways companies help you limit the damage that a hacker can do and restore your access to your own information.