Here’s Everything that was Announced at the WWDC 2018 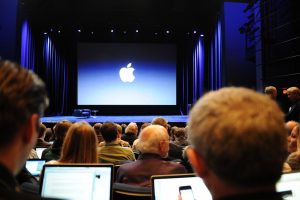 Last week, Apple held their annual developer conference, WWDC, and the tech giant kicked off the keynote as it does every year by announcing a bunch of updates to all of its major operating systems. In a post last week, we talked about a few rumors and speculations that people were buzzing about prior to the start of the keynote. Well now that the event is over, here is a look at all the big announcements Apple made during the keynote.

Speculations over the next generation iPhone operating system has been rampant for the last few months. And now we can finally confirm that the new system will include things like group FaceTime, new Animoji, some quality of live improvements to Siri, improvements to performance (especially for older devices) and updates to its push into augmented reality.

However, perhaps the most notable new feature in iOS 12 is called Screen Time, a tool service to help iPhone customers manage the time they spend on their devices. The feature shows a dashboard of apps that you regularly use as well as the amount of time you typically tend to spend on them. Based on these numbers, you can add limits to how much you use certain apps. For example, you can add an hour limit to the Facebook app – which will only allow you access to this app for one hour each day. This will be a good tool for parents looking to limit their children’s iPhone usage or social media exposure.

This may seem a little odd: A company using one of its biggest events of the year to showcase a tool that helps customers use its products less often. However, many are speculating that this is a response to the January open letter published by two major shareholders of Apple that urged Apple to improve the parental control features in iOS.

The new iOS is also said to boost speed to the point where we’ll see apps launch up to 40 percent faster, the keyboard up to 50 percent faster and users will be able to slide to take a photo up to 701 percent faster. The company also says that that they will place a big focus on optimizing performance when the device is under load. Without a doubt, Apple is looking to correct it’s latest big mistake of not informing consumers of purposely slowing down older iOS devices.

iOS 12 is set to be released later this year, it’s highly likely that it will be launched when the new iPhone(s) are released.

The introduction of Memoji

While Animojis has been a very fun feature of the iPhone X, Apple has decided to step its virtual avatar game up a bit. Memoji is an animated customizable emoji that moves around as you move your head. If you’ve ever used Bitmoji on Snapchat, you pretty much know what to expect on this front.

This move was likely to compete with Samsung AR Emoji, which received lukewarm reception to it’s less than realistic-looking visuals.

Apple has showed a bunch of new features that will show up in the next generation of the operating system for the Apple Watch. That includes new activity monitoring features like additional workout categories: yoga, hiking, challenges for friends, and automatic workout detection.

The watch will also be getting a 90’s throwback feature. A walkie-talkie feature! You’ll simple press to talk and your friend will be able to hear your voice. However, the feature only works to those who opt in, meaning approval is needed before you can send a walkie-talkie message. This will help users stay in-touch without the use of a smartphone.

The new OS will be available for the Watch later this year, through a software update.

Full Dolby Atmos support will now be coming to the Apple TV 4K, which will now  be the first and only streaming device to support both Dolby Atmos and Dolby Vision. Furthermore, Apple also announced that it will be partnering with Charter Spectrum on the Apple TV later this year to give users access to live channels and on-demand content from the cable provider — making it the first major US cable company to support Apple’s set-top box.

Apple will also be eliminating sign-in requirements with the new “zero sign-on” feature. As long as you’re connected to your cable provider’s broadband, the Apple TV will recognize the network and automatically log in to all your connected cable apps, without ever requiring you to enter in pesky passwords.

Mojave is the company’s next version of its Mac operating system. The latest update brings in a ton of incremental updates for the service that include a “dark mode” that dims most of the elements on the screen as well as a bunch of new tools to help users stay a little more organized, such as a new way of viewing files in Finder and stacking documents intelligently.

CarPlay is now gaining support for third-party mapping applications like Waze and Google Maps. For navigation apps in CarPlay, Apple stresses three main points. Those include panning through map interface, providing navigation alerts, and offering full-fledged navigation. This includes details such as when a user arrives at their destination, time estimates, and upcoming maneuvers.