Health vs. Social – What Are You Using Your Smartphone For? 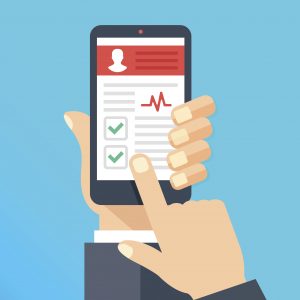 Since the introduction of smartphones, we’ve seen the number of social media users soar to new heights year after year. There is an undeniable appeal in the ability to stay connected with friends, family, and quite possible strangers as well, at any time and any place. That said, for years social media sites like Facebook, Twitter, and Youtube have dominated mobile app stores. That is, until recently. Lately, we’ve see health and wellness apps climbing the charts and occasionally overtaking popular social media apps like Instagram, Reddit and Whatsapp, which typically remain within the top 10 apps on Apple’s Top 100 Free Apps Listing. Which makes us wonder, are consumers becoming more interested in their smartphones playing virtual fitness instructors rather than helping us stay connected?

While we can’t say for sure, the answer is probably no. Yes, we’ve seen incredible growth in the amount of technology specifically designed for health and fitness purposes on the market however, it has yet to gain a mass following comparable to social media. Nevertheless, wellness apps are more popular than ever before. Just recently, online American technology and industry publisher, TechCrunch, reported the fitness app ‘Sweatcoin’, where users can earn cryptocurrency, dubbed sweatcoins, based on their reported health status on the app and redeem them for fitness related apparel and goods, topped the Apple Top 100 Apps chart and the Google Play Store – beating out Youtube and Facebook Messenger. 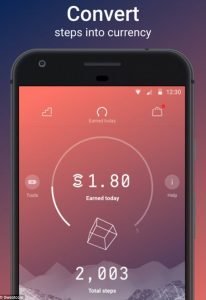 The app was first launched in 2016, and has quickly climbed the charts both in the U.S. and the U.K. In fact, so many mobile users have downloaded the app that it is the fastest growing healthy and fitness app in history, as reported by The New York Times. Not only does the app promote a healthy lifestyle while providing fun and healthy ways to earn prizes, it’s also free! Anton Derlyatka, founder of Sweatcoin, told the NYT wanted to show that “physical movement has economic value,” and said, “the app aims to overcome out human tendency to choose immediate gratification – like doughnuts or bring-watching videos – over activities like daily exercise that offer long-term benefits. By giving consumers points that can buy goodies, Sweatcoin hopes to incentivize couch potatoes to become more active.”

Derlyatka is one of many who feel this way. In fact, mobile health and fitness applications are becoming so popular that many are trusting the health reports from their apps and wearable technology more than information given to them by their own physicians. And with a slew of fitness tracking technology on the market, providing quick and easily accessible access to health reports, more and more users are opting to use their mobile devices as their own virtual fitness instructors. And this trend doesn’t seem to be going away anytime soon. By the end of this year, experts predict $350 million in fitness technology will be spent.

In fact, USA Today just reported Apple’s iOS 11.3 update will create more robust features for the Apple Health app that comes preloaded on all iPhone models. The update will now allow users to view available health apps from participating hospitals, clinics and other medical providers inside the Apple Health app. The company is even planning on adding encryption and password protected health accounts in order to safeguard any sensitive information that the app will require.

Yet, while fitness apps seem to be topping app and play store charts, we can’t deny the well-established power of social media but we can definitively say experts have noticed a slowdown in the popularity of apps like Facebook and Snapchat. Nevertheless, it is interesting to see how the mobile phone, a device that was specifically designed to help people stay connected to other people, is now shifting towards a device that helps you stay connected to something intangible, like your health.

With that said, let us ask, what do YOU do with YOUR smartphone?