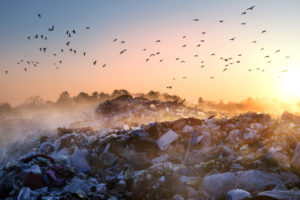 Pollution is an issue across the globe, though often a difficult topic when it comes to gaining legislative attention and support. However, throughout the past few months more momentum has been building to address the growing concern of plastic pollution. Several governments across the world have taken steps to mitigate the problem, and recently the United States has indicated its support in a joint effort to tackle the issue of plastic pollution. In addition, the European Union has drafted stricter export policies, plastic dump sites are being mapped, and researchers from the University of Pittsburgh published findings concerning the impacts of virgin plastic shipments.

The governments of Ecuador, Germany, Ghana and Vietnam came together in September to organize an International Conference on marine litter and pollution, where a Ministerial Statement was made calling for a global plastics pollution treaty. The treaty is to include a number of objectives and measures necessary to mitigate negative impacts of plastic including reducing the amount of plastic discharged into the environment. At the time of the conference, over 70 countries had endorsed the statement, and recently the U.S. Secretary of State, Anthony Blinken, has suggested the United States will be the next endorser.

On a similar note, the European Union has drafted stricter export regulations for recovered material exports from member countries. An outline of the regulations stated that the changes focus on shipping materials that are not part of the Organization for Economic Cooperation and Development (OECD), countries that are considered developing nations. The new rules also include restrictions for shipments between EU member states, and new efforts to increase enforcement of illegal shipment activities. Some are not satisfied with the new restrictions, and have criticized the proposal for falling short of fixing the EU export problems.

In a collaborative effort between the advocacy group BAN, and Columbia and Yale academics, a project to create a map of plastic waste dumps has been launched called, “Atlas of Plastic Waste.” Using user-submitted information, and satellite and computer technology, the goal of the project is to map thousands of plastic waste dumps around the world. The data collected will be accessible to the public via the BAN website as it is verified.

Lastly, after an exploration of the environmental impacts of virgin plastic shipments, the University of Pittsburgh academics published their findings, including that the majority of the largest plastic producing countries export more plastics than they import. The study also found a number of environmental impacts associated with shiping virgin plastic between countries. According to the research, “the top five importers of primary plastic resins are China, Germany, the United States, Italy and India.”