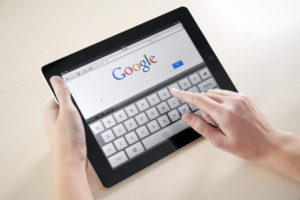 Throughout the years several tech giants have been taken to court by disgruntled consumers over a number of different issues. Google is the most recent company to find itself in hot water with consumers over illegal tracking claims. iPhone users have band together to take legal action in a lawsuit set to end a years-long dispute in a settlement between Google and the plaintiffs.

The legal dispute began in 2010 when a large group of users claimed that Google was sharing customers’ search data with third parties. The users alleged that the company breached their privacy policy and violated the Stored Communications Act. A previous settlement worth $8.5 million had been reached between the two parties in 2015, but despite its approval the settlement was later vacated after an argument among class members concerning the leftover recipient funds. Shortly after, Google made an attempt to get the lawsuit dismissed on grounds that the users did not sufficiently plead concrete private injury, which would render claims over the Stored Communications Act baseless. However, according to Law360, a federal judge ruled in favor of the plaintiffs, stating that the users had pleaded the “invasion of a legally protected interest that is concrete.” Since then an agreement has been reached between Google and the users, and a new written settlement is set to be submitted for a preliminary approval.

This is not the first time the security of users’ data has been questioned. We’ve all experienced the eeriness of text messaging a friend about a certain product or brand, only to see an ad for the exact product discussed moments later while scrolling through social media. Or, receiving emails from sources for whom we never provided an email address. Data security should be top priority for any company, especially those responsible for protecting it. HOBI International Inc. uses an internally developed data erasure tool, the HOBI Shield®, that completely disposes of stored data, ensuring that any personal information cannot be accessed.